Awful Workplaces is a site about... uh... I'm not sure. Most of the site is about promoting its "global brand," which is very Meta, like a self-looping mobius snake eating and regurgitating itself. Still, with its many misspellings, embedded Elvis songs that sound like they were recorded from a downstairs neighbor's radio with a tin can, and lack of anything resembling original content, this site clearly lives up to its self-billing as "The Spectacle of Excellence For Global Workers World Wide!"

Another of the site's many slogans is "don't accept being scammed, wear our brand today," which explains why one of the first things you'll see is a storefront where you can buy a $20 AWW t-shirt (AWW is somehow an abbreviation of Awful Workplaces). There's no preview image to show you what the shirt looks like, so it'll be a fun mystery surprise when it arrives in 2 to 6 weeks! 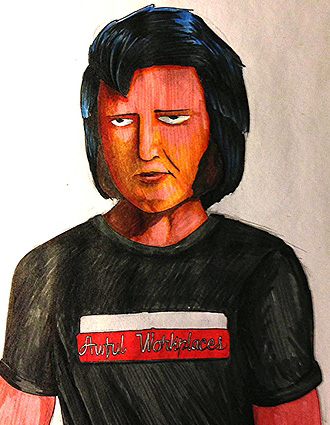 Click "Bad Biz" to hear an embedded version of the Elvis original "Tears in Heaven"! Only THE KING could record the definitive version of a song written 14 years after his death!

Now, judging from the big yellow text on a black background anti-design, you might think this site was made in the late '90s by a moody teenager or Maddox and preserved for historical purposes. Au contraire; just take a look at the copyright ("AWFULWORKPLACES@2012")! This is a very modern website using modern technologies. It has a mobile version that is not scaled to fit a mobile device at all, though it does feature bonus content such as Elvis fan art and a photo of Bengi 2013, dog-for-hire. It also has an Instagram feed that's mostly American Idol screen caps and collections of JPEG artifacts.

Ostensibly, the site's mission is to publicly shame bad businesses and scammers, but that's actually kind of an afterthought. THE BAD BIZ REPORT is a guestbook where, theoretically, users like you can "REPORT A BAD BIZ,BULLYING OR A SCAM REPORT ANOMALOUSLY," which will accomplish jack crap because no one at the bad biz or potential customers of said bad biz will ever see your comment. 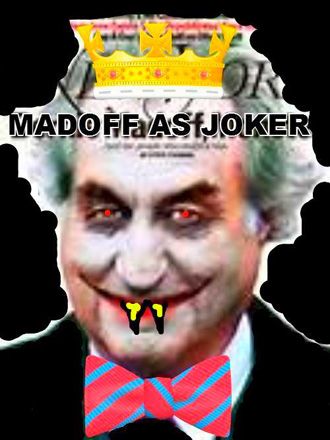 Check the source code for bonus funny images that aren't on the page! It's always a treasure hunt at AwfulWorkplaces.com!

The ON TV page features videos of people on TV - mostly wrestlers - saying the very common word "awful," which the webmaster pretends are shoutouts to his site. Free Games (notice the URL says contact.html) hosts a digital arcade of tacky Flash games, plus a web chat so you can brag about your high score in "HORSE ATHLETICS" with your fellow gamers. The top menu bar also features a link to popular YouTube personality "Angrey Grandpa," who is completely unaffiliated with Awful Workplaces.

Like what you've seen? Send fan mail or "MONEY GRAMS" to AWW's P.O. box. And aspiring "FEMALE MODEL"S," be sure to drop them an email to become the first "face of Awful Workplaces." Good luck!