'A bridge to the world of dolls ...' And then, a picture of a random bridge. Look, what do you expect, they used up all their imagination conjuring personalities for their plastic ladies.

So, dollfuckers, while remaining pathetic, no longer qualify as "news" in this column. But what is worth noting - at least as much as any Awful Link selection can be "worth" something - is that there is a dollfucking magazine. Or, an e-magazine, I guess. It's sort of like Playboy, but instead of objectifying women, they objectify objects.

I guess I should at least mention that, as terrible as this Web site is in terms of content (very), it's actually designed relatively well. Which isn't too surprising, considering that guys who can design okay-but-not-great Web sites are exactly the kinda guys who are probably having such a hard time getting laid that they might see no choice but to stick their dicks in some polyurethane simulacra that kinda looks like a girl they friended on Facebook freshman year. 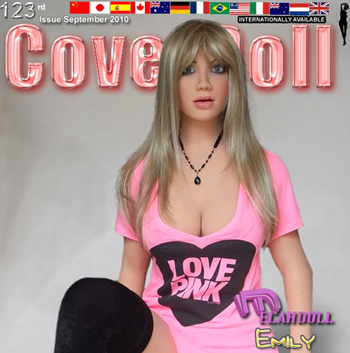