Remember Ever Dream This Man? Many of you probably don't, given the extremely limited window of relevance for minor memes, as well as the miniscule amount of memory space today's fast-paced short-attention-span Internet users reserve for dead-meme storage. Anyway, back in 2009 a mysterious site appeared claiming that This Man (regular ALOD columnist rubber cat describes him as a "Muppet with bushy eyebrows" and "a generic live-action smiley face") has appeared in thousands of people's dreams, leaving "a well-known psychiatrist" and his colleagues baffled. Obviously, this premise seems extremely fucking plausible, so it led to months of intense and guileless message-board speculation.

In 2011, Ever Dream This Man was revealed to be the work of Andrea Natella, an Italian sociologist who apparently specializes in subversive social-media pranks. This experiment was quite important and precedent-setting, as it was the first to definitively prove that people on the Internet are really gullible and will type hundreds of words about the stupidest shit. At this point, the Sleep Creeper phenomenon fizzled, without even inspiring any stupid .exe games or a terrible French movie starring Jessica Biel.

However, the official This Man Facebook page keeps the dream alive, with new insipid accounts of dreams featuring This Man posted every day! Perhaps Natella still needs more evidence to support his next no-shit finding: People will cling to stupid beliefs in the face of conclusive evidence to the contrary. Maybe all the new content comes from fledgling trolls looking to out-hoax the hoaxer. Quite possibly it's one of the few available outlets for insufferable babblers who simply must describe their dreams. Let's sample the Ever Dream This Man experiences people felt the need to share in the past few months:

I dreamt this man... And I've dreamt of him before. He is always doing different activities like running a hot dog stand or being a store clerk. But the thing is he is never working just standing there.

i neva dreamt about his guy ( i hope) but it's kinda interesting to know about dis situation more! i think it's jus a mind's state and howeva we all belong to one family and all r ancestors r d same.. dat mayb d reason for some people getting d same dream...!!

I dreamt this man ge was strong and persuasuve with great edicatate and speakin skills he was talking about peaceful world ...then in my nextvdream of him he was acomplished he whisper in my ear I am Lucifer and when the secind coming of Jesus happend he cut Jesus fingers off and crucified him upside down all wer to scared and he sent everyone tonhellnkilled all the angles and turned hevan inntonhell

Well, okay. Dream on, I guess! 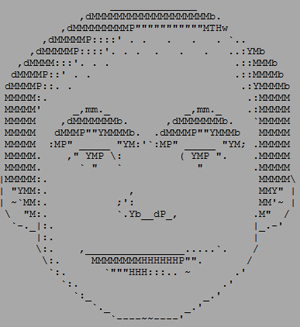