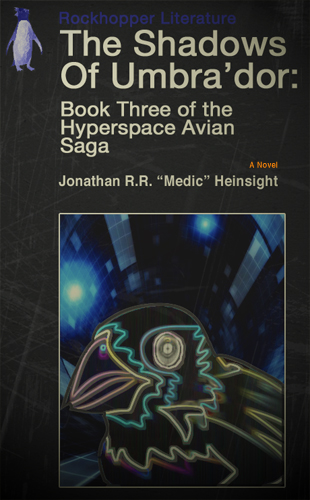 Ricky Barbera's epic journey across Time and Space in the Hyperspace Avian continues. His last adventure pitted him against the Never, an alien race created from the negative thoughtforms of all living creatures...placed into androids! Now Ricky Barbera's travels take him to the long-lost world of Ixtal 17 and its capital city of Umbra'dor, home of the Never's nefarious overlord, The Nevermind. Without his trusty companions, Ricky faces off against the Never in a battle unlike any other experienced in the history of literature.

Jonathan R.R. "Medic" Heinsight, the master and creator of such sci-fi classics as The Meadowlark of Subspace and Pubzoom: The Plutonian Wars, thrills you with dazzling worlds never thought of before! 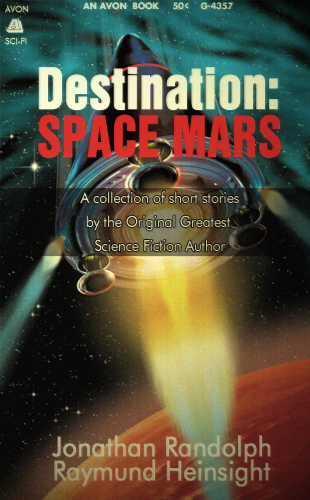 The latest seminal work from the Original Master of Science Fiction, Jonathan R.R. "Medic" Heinsight's Destination: SPACE MARS contains four harrowing tales of life on the final frontier of space. Marvel at the "Swamps of Thule" with Lt. Ricky Barbera of Spacecorps; be dazzled by the "Jewels of New Cydonia" with Thrane-Krul, the Last Martian; be amazed at "The Top of the Solar System" with Biff Mastersen, Astroventurer; and wonder at the ultimate adventure of Spacecorps' final battle against Dr. Chang in "The Demon at Deimos." 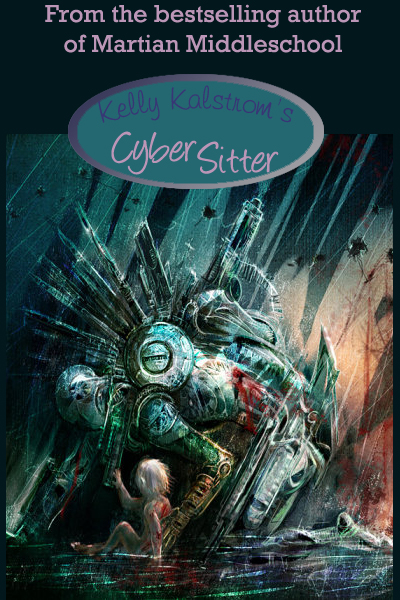 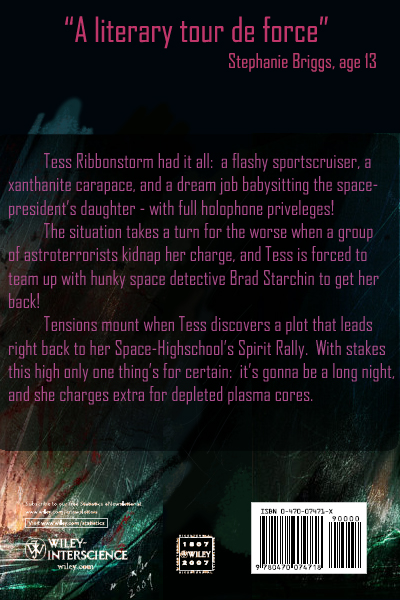 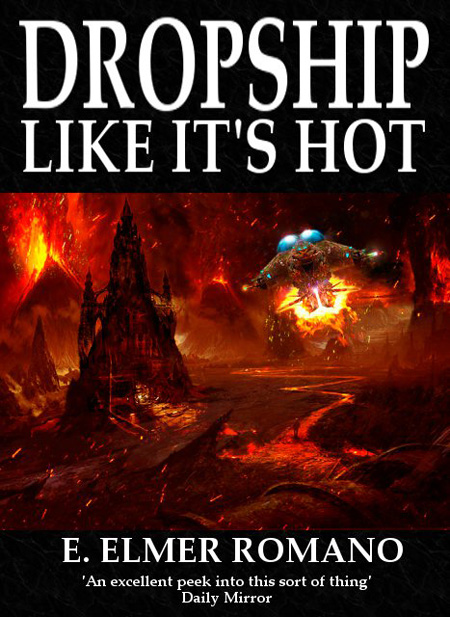 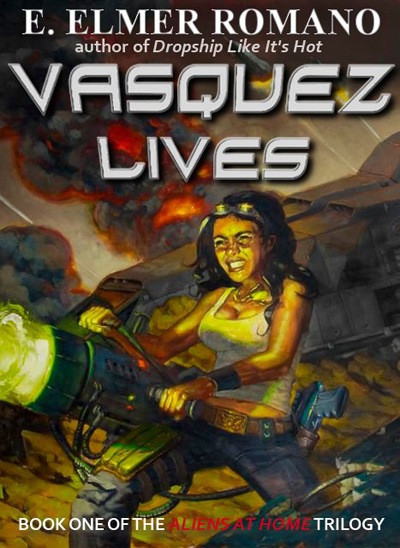 (From a sci-fi fan's blog:) "Finally, one of the most egregious movie fatalities has been righted! Vasquez, the strong, smart, sexy female Marine, is back in action and kicking alien ass on Earth in this, the first of a planned trilogy. "But wait," you may cry, "wasn't she blown up in a ventilating duct?" Well, can that noise, you sissies! All you need to know is that author E. Elmer Romano has come up with a clever and totally believable way that Vasquez survived the events of Aliens. Back on Earth, Vasquez wastes no time in catching up with her old boyfriend Thor Enevoldsen, and the two of them go about kicking Xenomorph ass. Accompanying them is Darla, her sister's precious (and precocious) 12-year-old daughter. If, like me, you felt that Vasquez was done a grave (pardon the pun) injustice in Aliens, then I think you'll agree that this book is like an early Christmas present!"