There's a lot of debate about science-fiction and fantasy novels in Something Awful's Book Barn forum, whether it's fans discussing plot points and themes or detractors asserting that people's reading time would be better spent with higher-brow literature. Such objections aside, even the most dubious-looking genre fare attracts followings rabid enough to sustain lengthy series, so MikeTheGreat figured he'd throw his pseudonym "S.G. Melvar" into the fray. Other SA Forum Goons then contributed their own covers and book-jacket summaries, and while all these creations are intentionally bad, it's easy to imagine any of them attracting real, pathetic supporters. 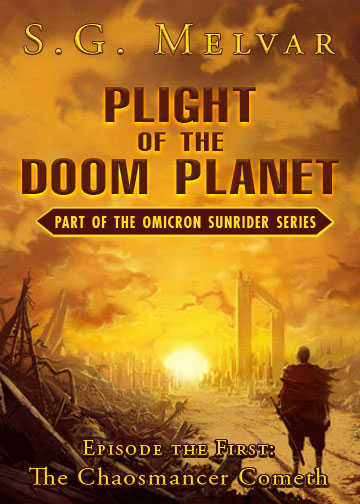 Plight of the Doom Planet is a four-part series in the greater Omicron Sunrider saga. On a forgotten planet in the far reaches of a lost galaxy's outer territories, the last surviving city of Tong'th is in peril. After the revolution to overthrow the malevolent plutocratic kings, a schism rips through the city, rending its citizens and their allegiances asunder. But with the appearance of a mysterious prophet from the forbidden wastelands, the last bastion of humanity on this desolate world is forced to unite against the impending arrival of an even greater menace. 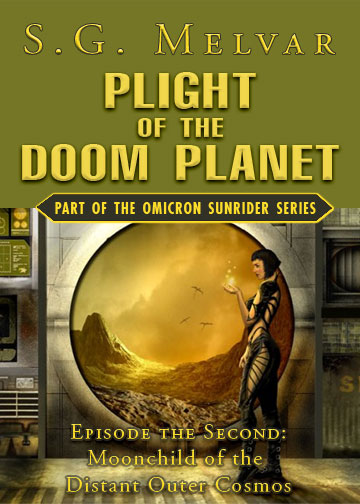 The sons of the once-mighty kings have been at war for years with the radical freedom fighters, led by the charismatic mercenary captain Omicron Sunrider. But Andaa, a forgotten descendant of the old Draethian dynasty, knows that even more sinister forces are afoot beneath the great city's depths. The words of the Chaosmancer are cryptic and arcane, but this Moonchild may hold the key to unlocking Tong'th's ancient secrets and saving its people from oblivion. 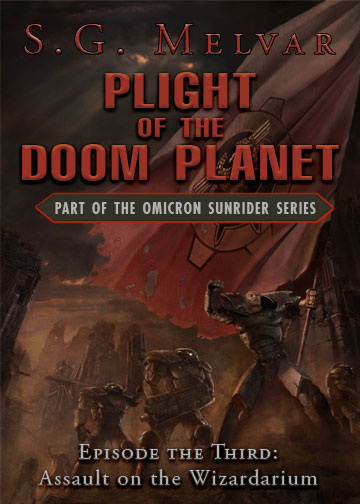 Turmoil has erupted in the city of Tong'th, and an ancient beast has awoken. The Wizardarium Maelfactorate has for centuries served the ruling kings as civil servants and bureaucrats. They have waited for centuries to strike, and with Tong'th at its most vulnerable, Grand Wizard Ryacal has seized power. Together, Omicron Sunrider, Andaa, and the great Chaosmancer Serrus must march on the Ravensblood Tower and recapture the city from the wicked tyrants. 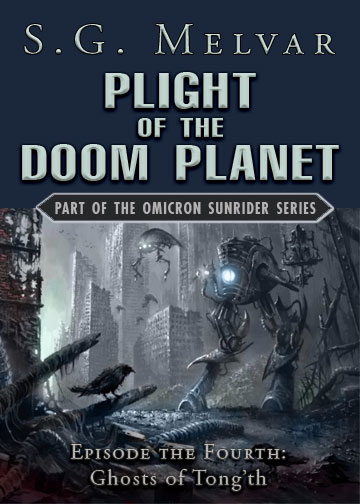 In the thrilling conclusion to Plight of the Doom Planet, the great city of Tong'th is in its most desperate hour. Survivors of the Wizardarium raid have fled underground, and chaos reigns supreme. The threat has passed, but where will Sunrider's forces go next? 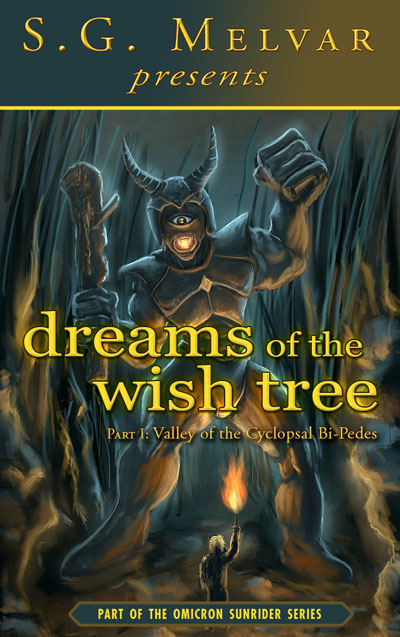 With the Doom Planet saved, Omicron Sunrider's mercenaries are known throughout the system. In S. G. Melvar's new spin-off series, Dreams of the Wish Tree, beloved space paparazzi/romantic maven Brooks Lightstrider leads a band of adventurers to the Valley of the Cyclopsal Bi-Pedes, in search of the fabled relic, Omega's Tear. But the locals have other plans for this merry band of miscreants - will Lightstrider's troupe survive?