Review: Poliça, Give You the Ghost

Skylark
This snippet reminds us of the geography of songs and albums. Close your eyes and think about the world of music - Birdland, TV on the Radio's Cookie Mountain, Harrowdown Hill, Blood Mountain... From the rococo The Suburbs to Spider Land itself. Try sketching out a map. Then please email the map to Square-enix and say that they should make it into levels in the next Kingdom Hearts game because they blocked my gmail and school email addresses.

Key Quote: "There's no one else that knows me like you do/ What I've done you've done too." Written-out, the words are simple and universal and, let's face it, not terribly meaningful. But when xx co-leads and longtime friends Romy Madley-Croft and Oliver Sim sing those lines in hushed unison on "Our Song", the closer off of their forthcoming second album, Coexist, it sounds like they're reaching heretofore uncharted levels of depth and intimacy.

Skylark
"Love is cool, it feels good oh yeah i love it". It may sound gayly retarded as text, but when these two really young people sing it over their songwriting with six different pitches in it, which are deployed at a slow rate, it sounds like it was good.

Skylark
Even if the only Bat For Lashes song you know is 2009's blog hit "Daniel", you're likely well aware of the fact that Natasha Khan's Ancestry.com password, "bjorkiscool6", is the same as her Neopets.com password, and that she has been steadily accruing NeoPoints since 2006 and barely spending any, which raises the great mystery of the Bat For Lashes project: What is Khan planning to do with all of those NeoPoints? The lyrics of The Haunted Man fail to offer the answer, but at least the album art suggests that she is carrying the haunted man, presumably, to somewhere far enough away from her Pets that his hauntings won't be able to affect their emotional development. 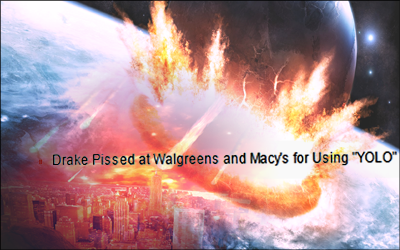 Key Quote: That's even more evident in terms of lyrics, where Japandroids have gone from having almost none at all to packing their songs with an astonishing command of legend and literalism that all but dares you to feel something. What's the "Adrenaline Nightshift"? It's a "generation's bonfire," the affection of a girl with "a blitzkrieg love and a Roman candle kiss." Still unsure? How about "there's no high like this." I can't intelligently describe "hearts from hell" or why they "collide on fire highway's tonight" but I don't have to. "We dreamed it now we know," King belts and if you don't know, just wait for the guitar solo which doesn't play notes so much as release a blue streak of endorphins. Now you know.

A SHAMEFUL CAT
i can't intelligently describe "hearts from hell," the metaphor of a burning heart is simply beyond human ken. were thru the looking glass here.

WET BUTT
Still un convinced? how about THIS: "i get chills when i see you" not sure what a chill is but you'll certainly get it once the drums go fast.

Key Quote: You and me, we're leaving.

I'll drive. My air-conditioning is broken, and the wipers squeak, but it isn't too hot tonight. It just better not rain.

I already made mix CDs. The tape player's broken, and my car only picks up easy-listening stations and bluegrass stations. I chose songs we liked in high school. Loud songs. Fast songs. The first songs you ever learned on the Stratocaster you got for your sixteenth birthday. Songs we said we'd play if we ever started a band. Songs we still say we'll play if we ever start a band. I can play drums, and we just need to find someone who can sing. Hell, does it even matter if any of us can sing? I just want to yell until my lungs explode.

Rather than analyzing or referring to the music on the album in question, this unique album review consists only of a transcript of text messages sent between two guys who are planning to drive to a RedBox movie rental machine together to rent a DVD copy of Greenberg (2010) for 24 hours of mutual use.

Special thanks to Skylark for making all the images used in this article and also for writing new blurbs to supplement the ones that appear in the Dumbest Sentences in Music Journalism thread on the Something Awful Forums, bonus content as welcome, in its way, as the extra features such as "theatrical trailer" that add hours of entertainment to the Greenberg DVD!

Note: Please do not employ the cool and clever tactic of copying things I wrote in last week's column and pasting them back to me with the e-mail subject "the REAL dumbest sentences in music journalism 2012," as that article is clearly ineligible. There's a reason I always run that feature in January, fuckers. - garbage day