It is Never Okay to Punch a Necromancer 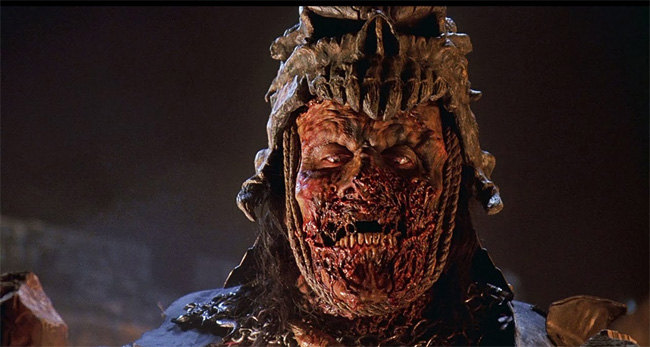 A lot of people are still buzzing about the masked vigilante who struck Azgul Marrowfiend at the Necropolis of 10,000 Woes and made him weep. Some are even calling this unidentified man a hero for hitting that dapper necromancer. Well, hold up there a second. While it may feel good to lash out at the supreme evil that curses this land, the unhallowed blight upon the Twenty Kingdoms, the truth is you are only giving the Dread Lord Tossereth what he wants. The more violence we use to deny the right of necromancers to speak the 100 Blasphemous Hymns of Tossereth, the more they are validated in using their skeleton army to slaughter all villagers.

When they go low, we go high. When so-called "adventurers" (calling vigilantes adventurers is a whole other issue I am not getting into here) raided the Nightmare Keep of Tossereth and attempted to destroy his phylactery, we raised the money for his doom cult to gather the reagents for a new phylactery. When Tossereth put a withering curse on our queen that would cause her to fall down, we carried her into her carriage and moved her arm so she could wave to the crowd. When Tossereth declared that all warmblood curs should be reborn from the grave, we showed him a painting of the elf council that was all high elf women.

I know punching necromancers has been ingrained in us by the games we played in our youth and our many bard songs about how the Age of Eternal Night was ended by the Silver Paladin Justirius. Sure, those are great stories, but this is not the Age of Eternal Night. I'd like to think if Justirius were still around today instead of just a ghost trapped in the crystal amulet Tossereth uses to power his staff he might tell us that violence begets violence.

This may sound radical, but how about some non-violence? It worked for Atmar the monk who entered a 1,000 year trance rather than fight Tossereth. Shalana the druid refused to fight back when her family was turned into zombies by Tossereth and instead took the peace-loving option of turning into a flock of birds and scattering. I think there is something to that approach.

Maybe if the villagers in Green Hills and Sandyshire hadn't built those barricades around their taverns and tried to fight skeletons with pitchforks they would have survived. Maybe if, instead of calling on the king's guard to protect us, we called on a little something I like to call patience and empathy, Tossereth would not have been forced to blight all of our crops.

I, for one, intend to hear Tossereth out, because we can disagree without being disagreeable. The clerics of Sunwind have some good ideas and maybe the fanged cadre of Tossereth's lieutenant, Branyon the Rot Faced, have some good ideas too. Maybe we should listen to them when they tell us about the Flensing Wagon. Maybe our flesh is a curse upon the majesty of our skeleton. What if, as Tossereth says so often, "Bone is the best. Bone is great. I'm telling you, all hail bone."

Times are changing. We need to get over some of our prejudices about necromancers and put away these radical tools. We preach tolerance, it is time to be tolerant.

I'll see you at the Flensing Wagon.