-Steak tartare (the actual original name is "tatar" - taken from the name of an Asian tribe that invented the dish and was involved in a few wars with Poland). It's made from finely chopped or ground raw beef or horse meat. It is served with onions, capers, pickles and with a raw egg upon the meat. 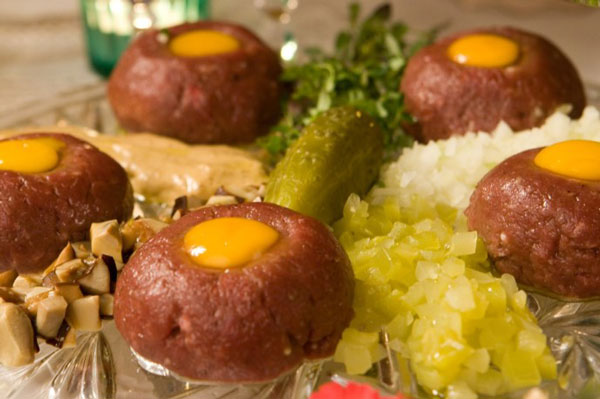 -Czernina "Black soup" - A soup made mainly from duck or goose blood. The characteristic sweet-sour taste comes from sugar and vinegar which prevent the clotting of blood. Served hot. There is actually an interesting tradition connected with this dish. In the past, when a bachelor wanted to ask the parents of a chosen girl for a permission to marry her - he was invited to an official dinner. If the served dish was Czernina then it meant a refusal. 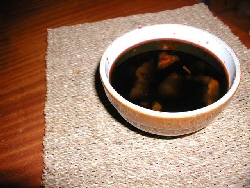 It's tasty too, I promise!

Edit: How could I forget the
-Flaki - literally this means "guts". A very thick soup made from cow intestines (mainly pieces of stomach). Personally I can't stand the characteristic smell of this...thing but my family loves it. 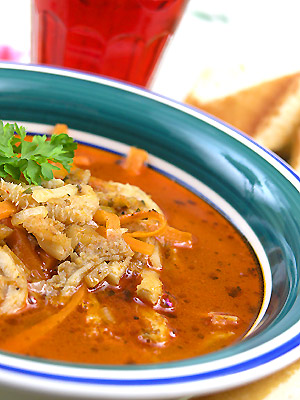 A couple of experiences, one mine, one my grandfather's:

My grandfather was stationed at Pearl Harbor during WWII and served as a navy chef. In the kitchens they had just rinsed and were getting ready to cook some rice. My grandfather looked away for a moment, and looked back into the pot. He thought that the rice was moving and took a closer look. Maggots EVERYWHERE. He didn't eat rice for another fifty years until my mother (Korean) served a traditional meal for my father's family.

And speaking of Korea, the first day of the first time I went to Korea my family ordered out for dinner. They served me what they told me was basically a luxury type dish; a young (YOUNG) chicken boiled whole in a soup...one chicken per person. I eat meat but hate prepping it because when I look at the texture it makes me feel sad for the animal...I couldn't refuse to eat because 1) there was nothing else, and 2) that would have been extremely disrespectful...so I ate a baby chicken...I was forced to eat everything except the head pieces... basically all the meat AND organs. I didn't eat chicken for awhile after that.

I come from a very Norwegian family and see Lutefisk at every family gathering and while it in itself is pretty gross, a quick look at Wikipedia for other Norwegian fish dishes pretty much tells me that Norway should not have been allowed to touch fish in the first place because they are doing it wrong. Nobody has any business fermenting fish.

Surströmming: Surströmming is sold in cans, which often bulge during shipping and storage, due to the continued fermentation. When opened, the contents release a strong and sometimes overwhelming odor, which explains why the dish is often eaten outdoors.

Rakfisk: is a traditional eastern Norwegian fish dish made from trout or sometimes char, salted and fermented for two to three months, then eaten without cooking.

I'm not sure how many days later, but my mom was cleaning out the minivan (possibly because it was starting to smell funky). She made a grand discovery when she opened the lid to one of the storage compartments in the back row of seats. We kids had apparently thought it was a good place to put our leftover beef tacos, which were now crawling with maggots. Surprise!

At least fifteen years must have passed since then, but I still won't eat anything with ground beef from Taco Bell. Fortunately, I don't consider it a huge loss.

When I lived in Ghana I got offered this tasty stew with fufu. Got told it was a fish stew, which is fine with me, I eat almost everything. Fish eyes. Oh my god, fish eyes. Me being the white guest there I got offered the best of the best - which was fish eyes. I still remember how they popped in my mouth. Excused myself and threw up behind the house.