> do we still have control of the underwater drone? check what the drone is doing 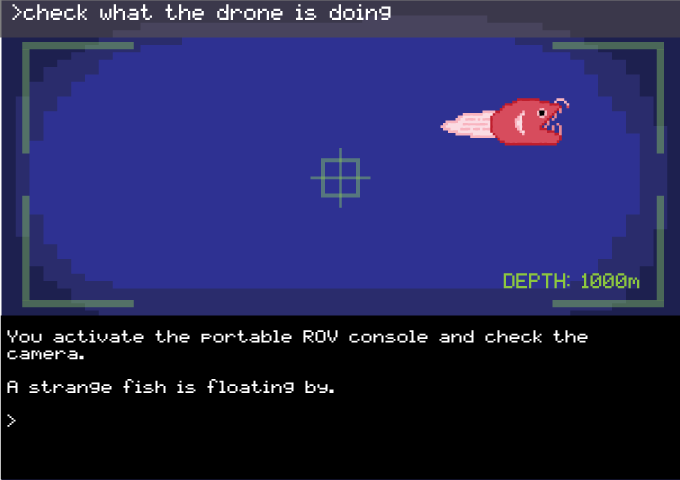 > detain the strange fish for questioning re: the whereabouts of MH370

> Follow fish with drone. The fish is probably on its way to eat jet passenger corpses

> Christen the fish "MH370" then radio in that you've found it 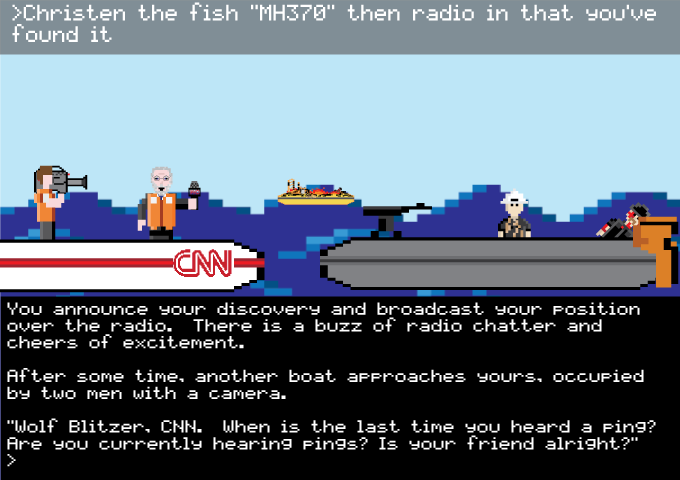 > Aim gun at Wolf and Co. and ask them to join your Pirate Crew. Death is the only alternative.

> Inform Wolf of your sexuality while repeatedly calling him Anderson Cooper.

> Tell him you will show him MH370, then show him the fish on the drone camera 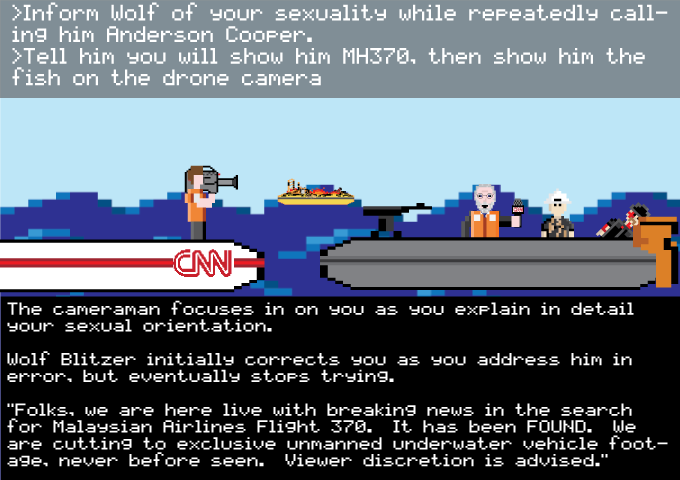 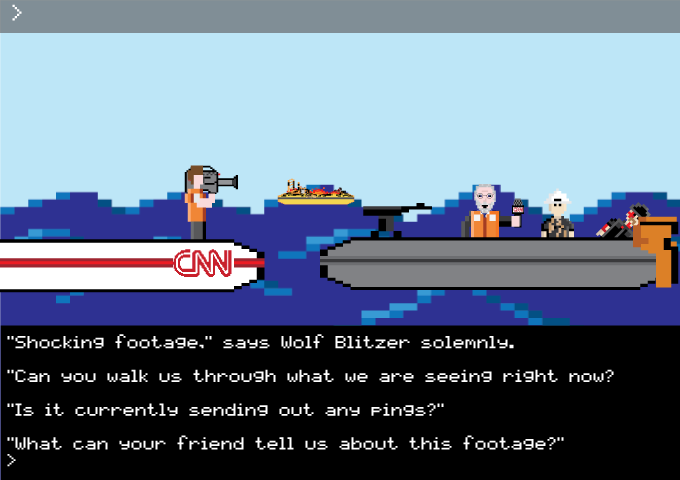 > shoot wolf, take the microphone, start reporting in an exaggerated style mocking him

> Feed Wolf Blitzer into one of the outboard motors feet first. Insist he report on his own death.