> Ask the Captain if we can join his evil plan, we did afterall just demonstrate our skill and daring. Betray him the first chance we get.

> >Ask the captain for an elaborate and lengthy explanation of his master plan. While he is doing this, release all of your bodily fluids onto him. 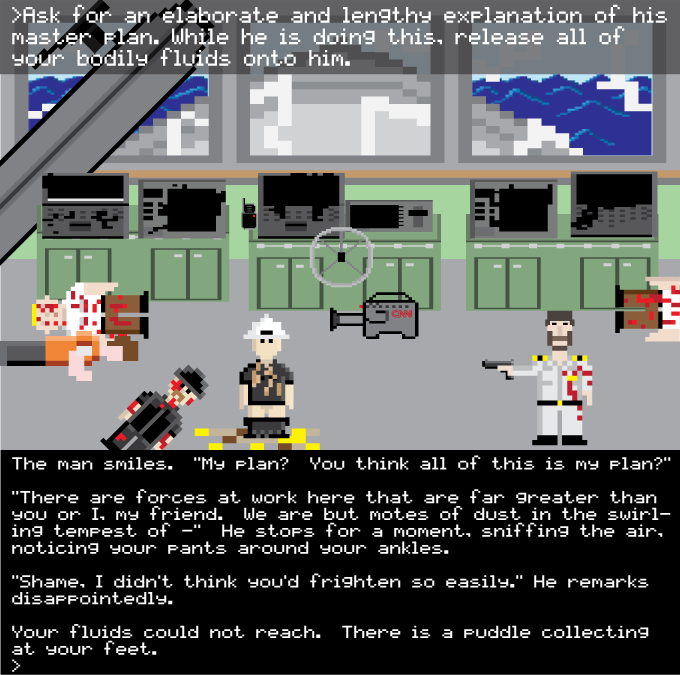 > Tell him "I took it to the limit, and if it is the end of the line for me, at least let me tell the world one last thing." Walk over to the camera, point it at your face and say "I'm gay," wink then rapidly throw the camera down and pull hard on the wheel so the boat flips on its side. 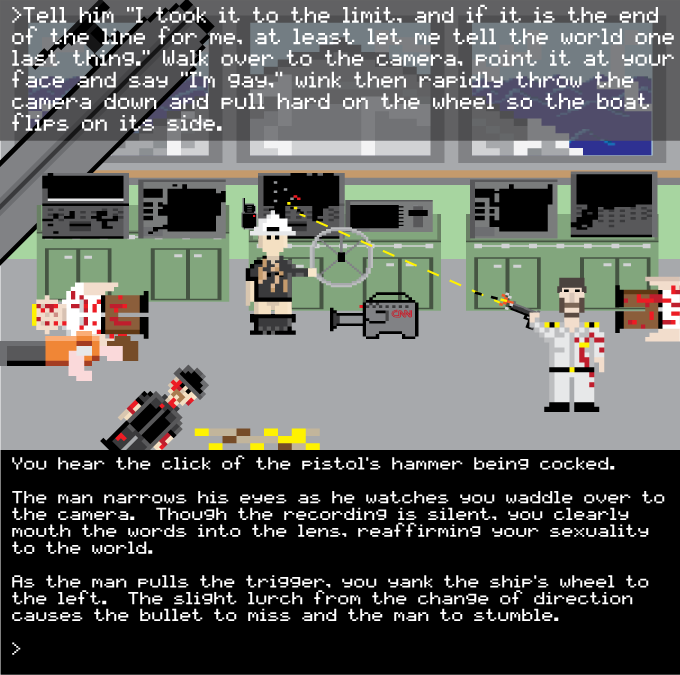 Talmonis
> Declare yourself invisible. Strongly deny any claims from the captain that he can, in fact see you.

> Throw your hardhat like a frisbee hard at the gun to knock it away from his hand. Waddle run at him because your pants are still down and tackle him, grabbing the gun while he is disoriented. Tell Captain "You are now the mote of dust in the swirling tempest of my bodily fluids" as the vortexing waves suck you down into MH370's gay lair under the sea.

A Winner is Jew

> Order him to sit down in the pile of piss and shit you created, then ask "Do you expect me to talk?"

A Winner is Jew

Actually, I wish to change my answer:

> Drag the captain over to the pile of piss and shit and rub his face in it while repeatedly asking him, "where are they" in your best batman voice.

> Shout "IA THIS DICK" and begin to sodomize him 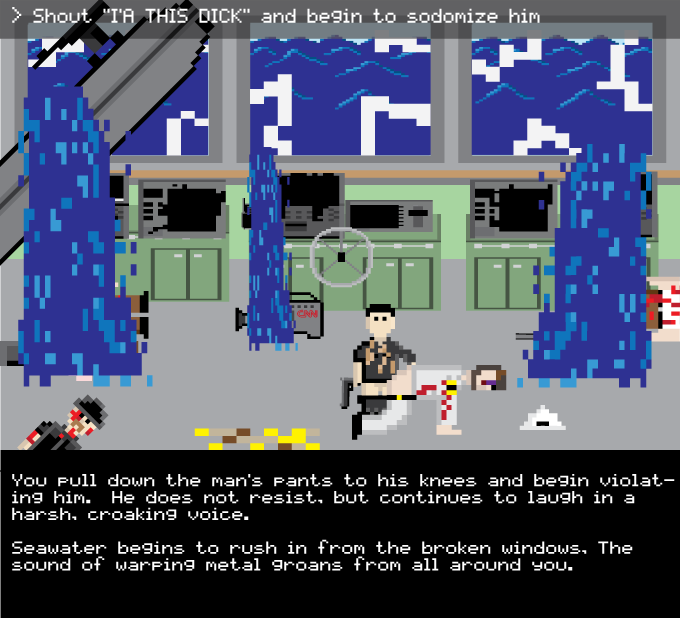