> Turn gun on cameraman and coerce him into joining your pirate/search crew, add CNN's motor to your boat 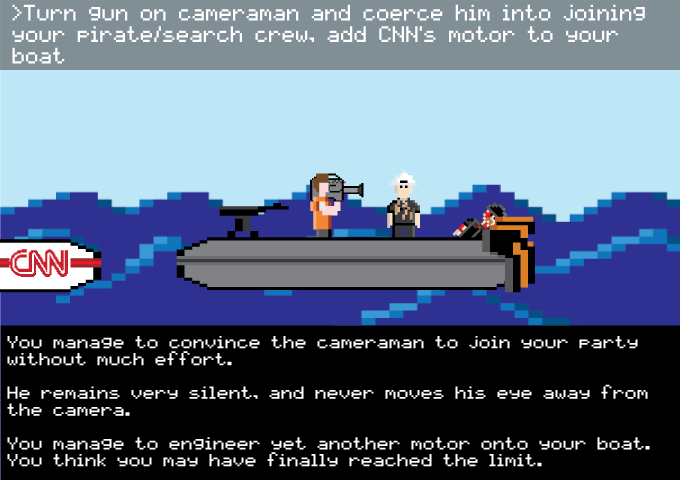 > ask the hopefully gay camera man about his hopes and dreams.

> Call the captain on the radio and ask if he's watching CNN. 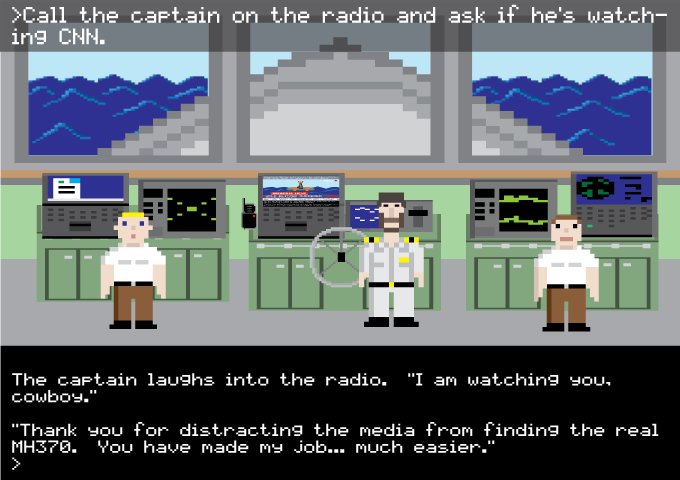 Toad on a Hat

> Reply "Well the shit's about to hit the fan." Then shit onto the boat motor. 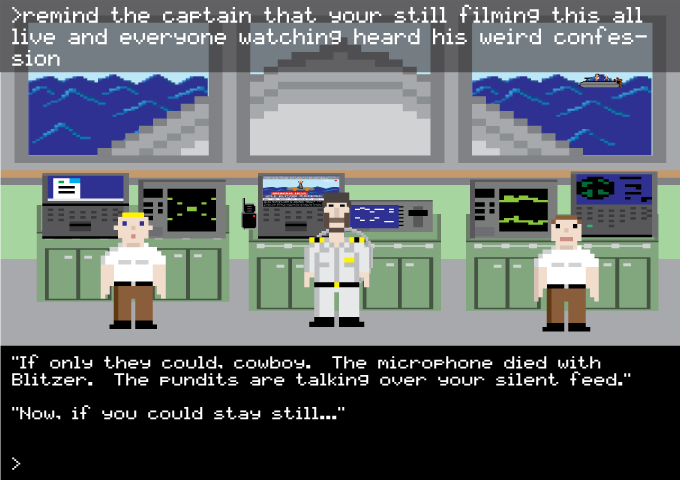 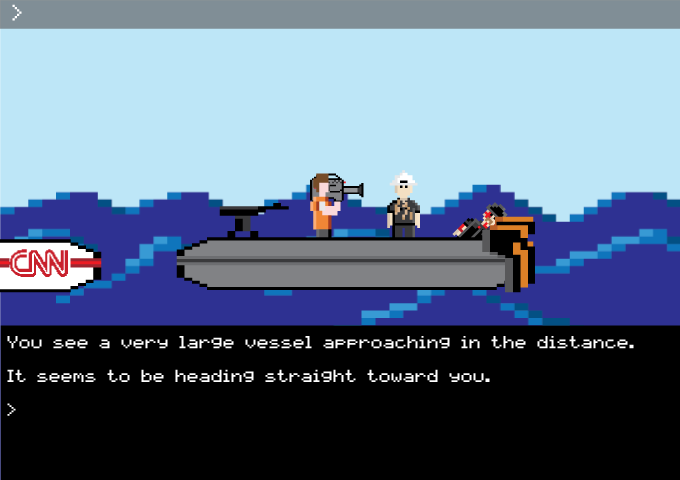 > When large boat arrives, use your quad-engine warboat to ramp off of the CNN boat and do a sick flying corkscrew over it, firing the gun at the bridge while singing take it to the limit 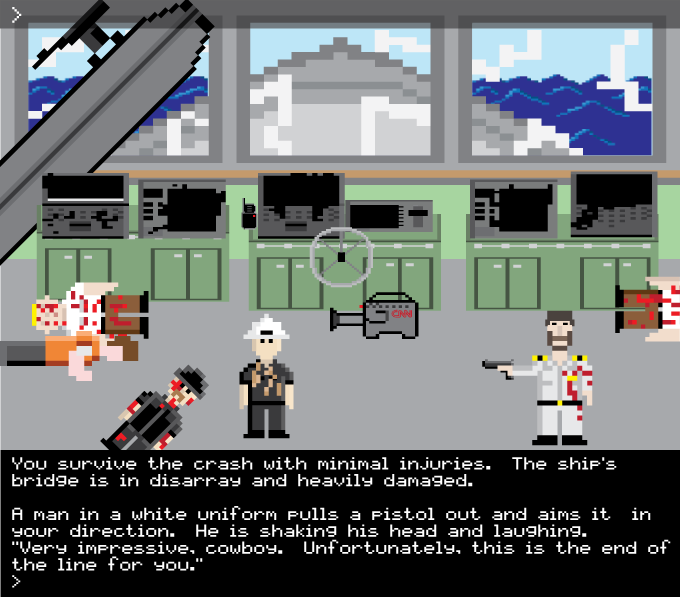