Remember Malaysia Airlines Flight 370, the plane that mysteriously disappeared a few months ago? Well, I just checked Wikipedia, and apparently it's still missing. "MH370.exe," a Choose Your Own Adventure quest conducted back when this ill-fated aircraft was the talk of the town, probably won't shed much light on its fate, but at this point it can't hurt to explore all theories. Thanks to interactive-game auteur Atma for the illustrations, and to the Goons for the storyline suggestions! 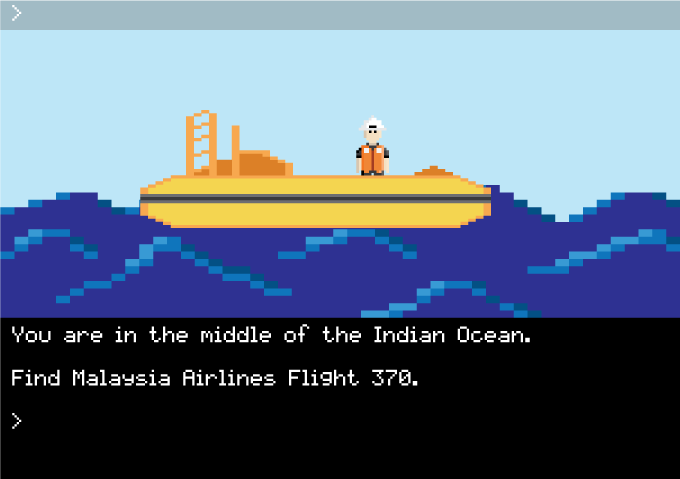 > drink seawater, just like drink a lot of fucking seawater 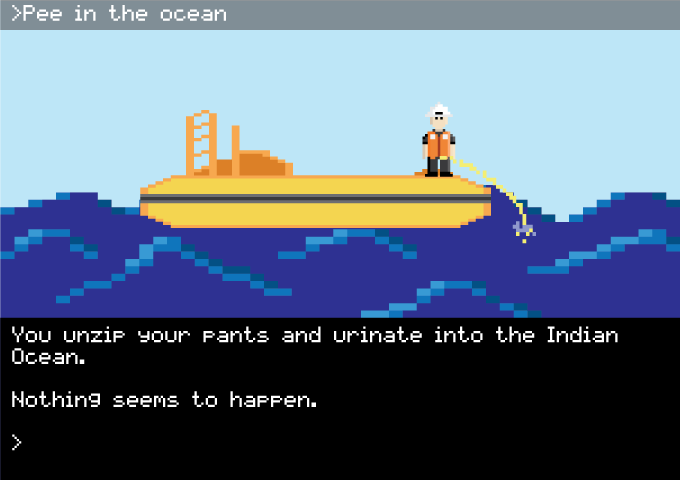 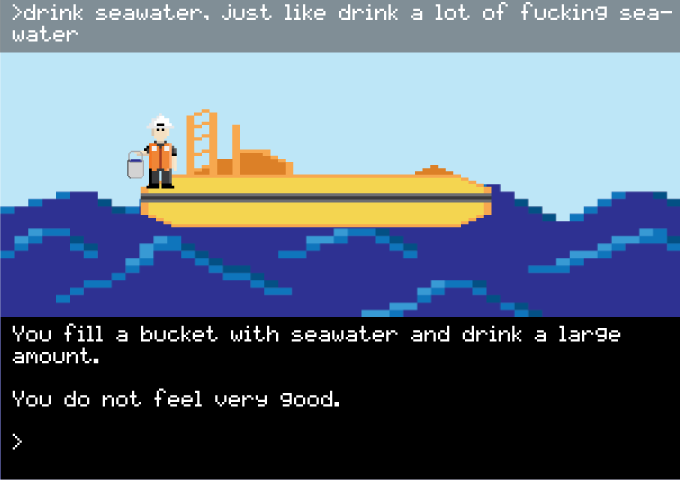 > toss your life jacket into the ocean 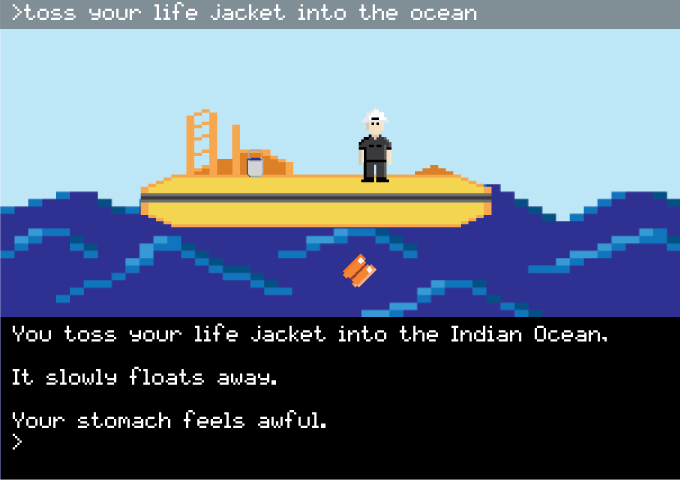 > drink more sea water, to acclimate yourself to the sea for your future diving operation where you check for the plane 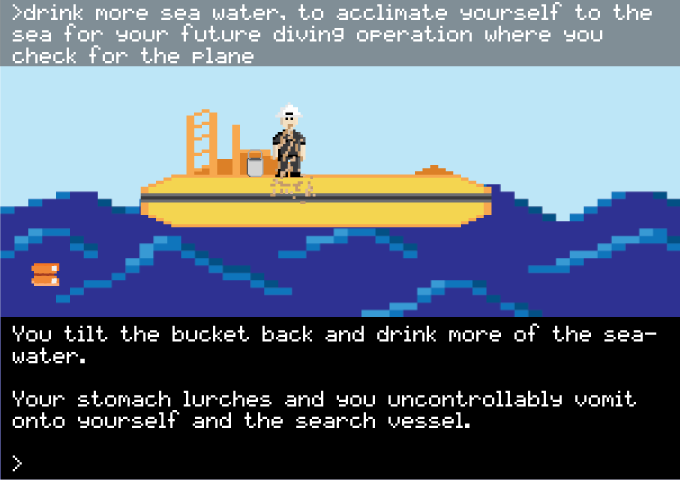 > have an epiphany that finding the plane would be a lot easier without all of this sea water in the way, begin drinking sea water in order to remove it, and do not stop

> Make plane noises in an attempt to woo the plane 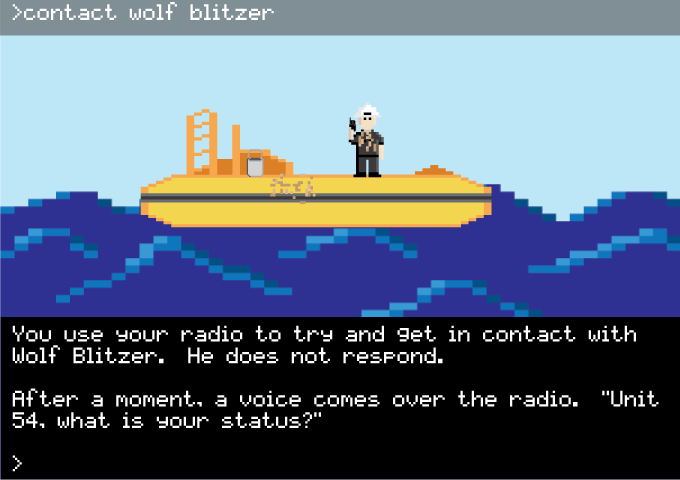