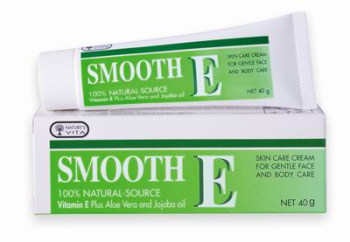 When I was working at Woolworths I used to chat to this really pretty Indian girl (from India not Native American, this was in the UK) with a huge pair who worked on the shop floor, while I worked in the stockroom. During winter the heating had broken down and I saw her standing shivering in the corridor.

Girl: Maybe this shop has a curse.

Me: Yeah! They probably built it on top of an Indian burial ground.

Cue awkward embarrassed silence from her and me trying to explain how I meant Native American type Indians and not like INDIAN or anything.

I was drunk at a bar, hitting on this girl, Sara, and actually getting somewhere. We all (including the girl) lived in walking distance to the bar so we head home. She's cold, I let her get close, tuck her in close and throw my zip-down sweater around her.

Ok, things are looking good. I was hanging out with some friends who were roommates together so we kick it at their place. She disappears into one of the roommate's rooms (who happens to be one of my best friends). At first I wasn't sure what just happened... Did he just swoop in and take her to his room?! The more I sat there the angrier I got. I looked over to Zach and say "Fuck this."

I stand up, go to the door and call out over my shoulder quite loudly "Tell Marcus thanks for totally cock-blocking me." I slam the door and storm home.

I crash on the couch in frustration, moments later I get a text from a strange number.. "This is Sara. Seriously, cock block?!"

I was too embarrassed to text her back at the time. I apologized to Marcus the next day who was actually talking me up with Sara.

In college, I had just arrived at my date's house, and I was pretty nervous since I'd had a huge crush on her for months and she miraculously agreed to go out with me after my terribly awkward invitation.

While I was parallel parking my car at the curb in front of her house, I bumped into the car of front of me. The bumpers missed each other, and I managed to dent both my car and the other one. The other one, of course, was hers. And she saw the whole thing from the house.

The rest of the date didn't go much better.

I'm totally fine in normal "dating" situations, but when a girl hits on me out in public, I never ever pick up on it.

I drove a friend to Circuit City to pick up some DVDs, and while I was there I picked up some movies they had on sale for $5 or so. The checkout girl was kind of cute, and she totally ignores my friend and says to me, "So what are you doing tonight?" [Saturday], and I replied, "Oh probably just hanging out, having a few drinks, etc." and she goes "Oh cool, I have less than an hour left until I'm out of here."

I just replied, "Oh cool, not too much longer." and walked out. It's not that it was entirely unsmooth or I didn't know how to respond, I just don't pick up on people hitting on me in public.

My friend (who is gay) called me an asshole and explained it. I thought about going back, but she wasn't that cute.