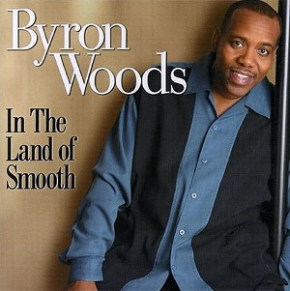 A few years ago I walked into the college cafeteria wearing a Superman t-shirt. Some cute guys working there yelled out, "Hey Supergirl!". The urge to be really stupid came over me, and I decided to put my hands up like I'm flying, Superman style. Only I forget to put both hands up, just one.

Instead of smiling or laughing, all the guys look horrified and slowly turn away. Only then do I realize I've given them a Nazi salute.

I had only just started dating again after the break up of a two year relationship. Everything was still new and kind of awkward to me, particularly being with new guys.

I was on a date with a guy that I really liked, and as he slowly leaned in for the kiss I burst out laughing in his face. It was so pathetically cliche and I felt pretty awkward watching him slowly moving towards me. So I laughed. Oops.

I was out at dinner with some people from class for our 'end of the semester' celebration thing this past December. There was one girl who I hadn't met before that joined us for the evening, and her and one of the other girls were going to a club that night and wanted to know if I would join them. Now, I don't like clubs, and I had a flight down to Texas the next day, but I figured, how often are good looking girls going to ask me to join them at a club? So I agreed.

Scene change to the club, and while I have a lousy time at the club itself, I have a great time with the two girls, especially the one of them who I hadn't really met. Things are going great, we're chatting it up, and she asks me if I have a pen. I do, as a matter of fact, and without asking grabs my arm and writes her number on it. Good sign, no?

Flash forward a couple of weeks when I return from my trip down south, and I decide to call her. Now, I'm fine in person talking to women, but I'm a wreck on the phone. I'm the kind of guy that has to psyche himself up for like 20 minutes to make a damn phone call, and even then I fuck it up. I finally get my nerve up, make the call, and leave the following message:

"Hey! It's me! Remember? From the club? You invited me? You might remember... or not... I don't know. But hey! I'm back from my vacation. I was on vacation! Did I tell you that? I think I did. And I was wondering if you'd like to get coffee sometime. Or maybe a drink? If you want? I don't know. We could do something else I guess. If you want to, you know. Sometime. If you want to. And you're free. So... call me back... when you're free... and you if you want to... yeah. Bye!"

I kind of stood in place for about half a minute trying to comprehend how bad of a message I just left and waited for days for her to call me back.

On a first date I was trying way too hard to be all cute and bouncy, and used a little too much force when opening the car door and kranged the car next to us.

Yep, scratched the paint on his brand new truck. Its first scratch. He tried to play it off like it was nothing, but his expression said that he wanted to choke the life out of me.

Well, this was probably my worst moment ever. Just got together with my girlfriend. We're in bed together for only the 2nd time, I'm trying to talk smooth. Basically I waffle on for a while and drop this line:

Me: "I love your amazing brown eyes"

That suddenly killed the mood...