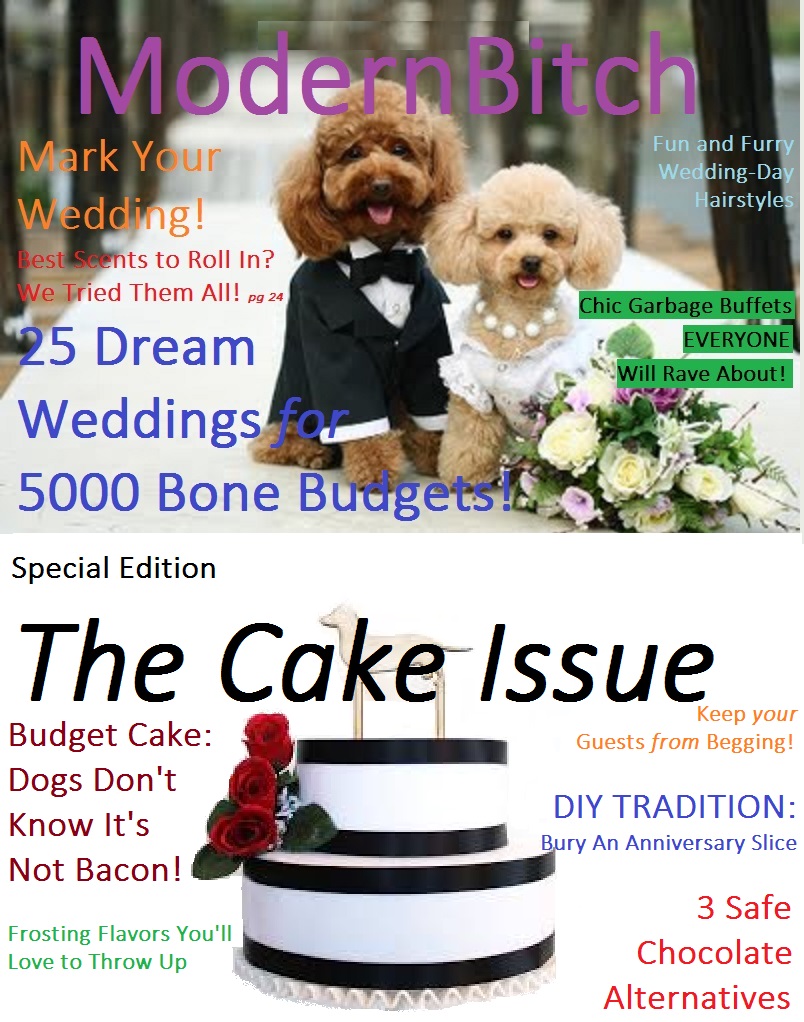 the bride wants the groom to throw the garter, but she also refuses to let go of it

When the bride and groom drive off from the wedding, the rest of the guests chase after them.

The best man stands up on his hind legs and starts barking his speech, all the other guests start barking too.

A young pup runs their paw around the rim of a wine glass, causing everyone in the room to start howling.

Bride drags her butt on the carpet all the way up the aisle.

the ceremony is slightly religious but nothing too dogmatic

The ceremony is starting, the nervous groom is going through his mental check-list to see if he remembered everything."Oh my god. I totally forgot to roll in something grotesque!" His best man just smiles and gestures to a dead squirrel he dragged in from the bushes, "I've got your back, bro."