Hi, recently I pledged my service to the eldar gods, specifically cthylla daughter of cthulhu (its 2016, ok) but the problem is the pulsing vein-like slug growing under my eyesocket is not only making it hard for me to pick up chicks but also I'm starting to hear screams and see stuff that I'm pretty sure my mind wasn't supposed to comprehend, its starting to cut into my social life and plus I've started hucking up fistfulls of maggots with human faces who demand I find them hosts in a demented chorus of voices. How do I keep it 'real' I guess is what I'm asking? haha

i feel very safe in my black tower where i sit around and cast spells all day.

i have enough food to last forever and i locked the front door so no one can catch me unawares.

i put the key to the door inside one of my skeletons who is a slightly different color and slightly stronger than the rest.

i put him on the trail leading up to my black tower in case i ever accidentally lock myself out.

I accidentally left the secret exit that leads back to the entrance of my dungeon so that I don't have to backtrack open, and adventurers entered my loot room and took everything. I didn't have all of my art pieces and magical equipment listed out or appraised for value, how should I go about contacting my dungeon owner's insurance to try to get at least some of the value back from what was stolen?

e: Most of the equipment was cursed, iirc. Does the insurance fully cover the loss of cursed items, or do they devalue them due to the curses?

I enchanted a pair of boots with "flesh to stone" and left for some meddling adventurers to find (isn't it weird that adventurers are always rummaging around putting on old clothing they find?) hoping to add to my sculpture garden

anyways I accidentally cast "stone to flesh" and now anywhere that guy walks he leaves a perfect footprint sized sirloin steak. Last I heard he gave up adventuring and opened a steak house

I resent the term "evil".

Yes, I was stealing bones from the graveyard. Yes, I overreacted when the local constable confronted me. Yes, I may have ordered skeletons to rip him and his people to bits, and yes, I still have his skull. It whispers secrets to me when it isn't busy sobbing about its endless torment.

But I am a multifaceted person. Nobody ever talks about my volunteer community service, or my donations to the local library.

ive been working on a sick spell where it burns people with creepy green flames and instead of just regular burning them it makes their flesh rot off. 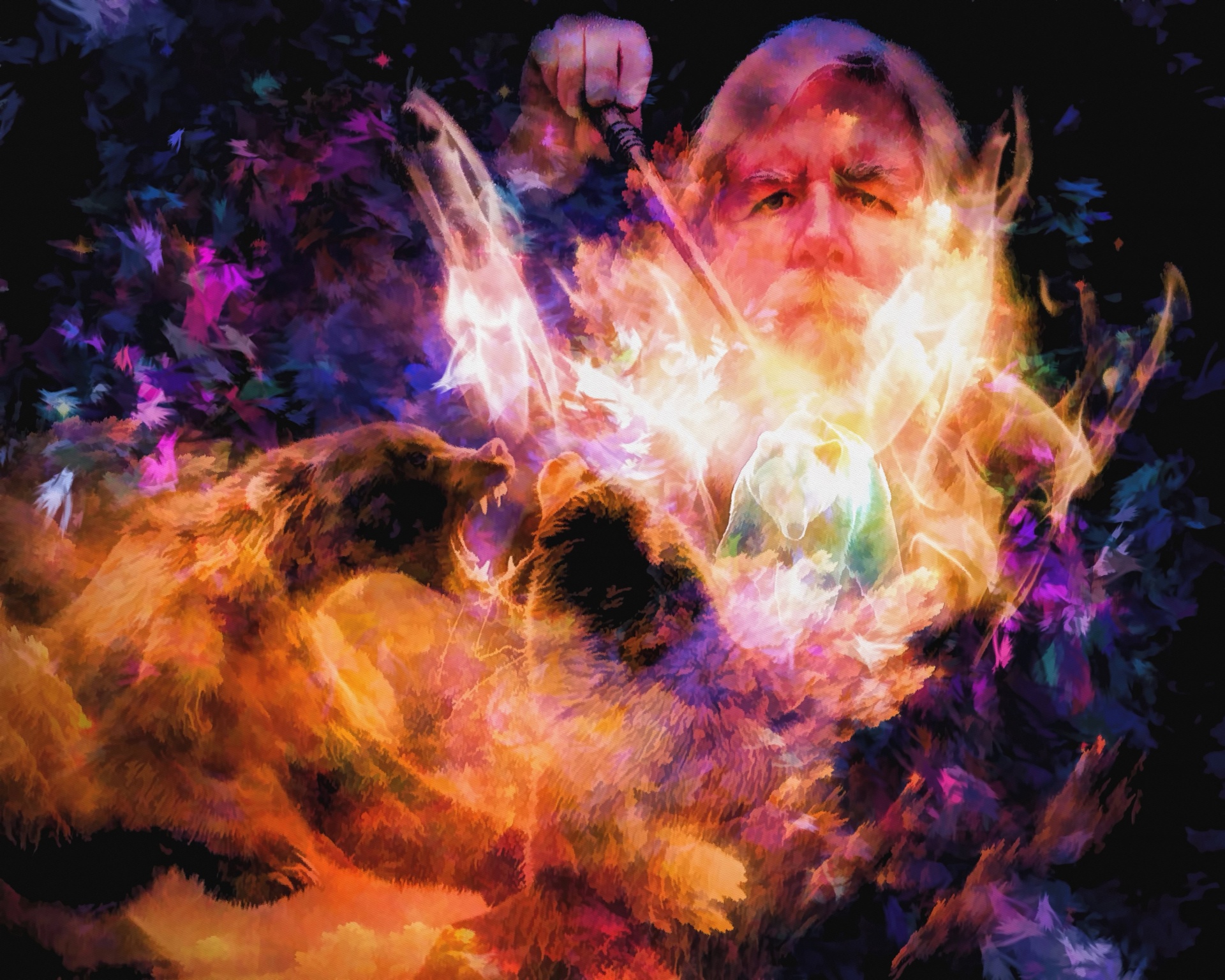 johnny isnt even my name

They just keep fucking doing it. I've set traps and they dispel those. I've summoned minions and they banish those. I dug a giant lava pit and apparently they can make themselves immune to lava. I've hired mercenaries to guard them but they somehow got banished too.

What the fuck do I do about this? Do you know how much each gate costs? The goddamn black opals I'm going through could've funded five fucking obsidian towers!

trying to conjure a fun new character for my undead army to boost morale. Mr. Bones he's called, he's supposed to wear a top hat and use a cane and speak in a 1920s New York accent and do musical numbers on cue. But I'm having a hell of a time getting the damn hat to stay on his head, it just keeps slipping off. I've tried a freeze spell, eldertree sap, an attachment rune, and gorilla glue, but nothing works. I'm almost positive it's cursed but for the life of me I can't remember who or where I bought it from. I'll probably just take a trip to the underworld and get a cheap plastic hat from wailmart or something

paying skeletons with meat is so great becasie what are adventurers made of?

Your skeletons happily do all the work gnawing off the meat then boom! New skeleton

Just keep a constant low level spell going in your crypt and put up a really spooky sign ADVENTURERS KEEP OUT, maybe hang a "wanted for necromancy" bounty ad (with a map to your crypt) in local taverns and in a month or two you've got a whole skeleton labor force for free

I hate skeletons. Ive noticed they have something like memory in their bones. I used to harvest the flesh for reagents, boil and reanimate the bones of fallen intruders. Now i just make bone dust. Like, last week was the last straw. I went to check on my gold hoard and my skeleton servitors were just standing, staring at the gold and touching their pelvises. These fucking skeletons were remembering having sex on wizard gold when they were alive. Their bone memories are creepy. I could understand recognizing a sword or a trinket from a loved one but id say 75% of all adventurer skeletons just get horny at the sight of a gold hoard.

Fuck skeletons and their bone memory.

imo too many wizards of the current generation lean too hard on the old spells, searing the flesh from the bones of your enemies with fire magic, corrupting their innards with dark magic, freezing their blood with ice magic, so on and so forth. get creative, mix up your magics, how long has it been since you heard of a wizard tearing someone's limbs off with hands made from the earth, or using air magic to force your foe to fall eternally until he is either slowly flayed or starves to death? it's these kinds of things that will set you apart from just yet another generic wizard.

When you get too many skeletons you get to have skeleton gladiatorial matches, which results in a huge glut of bone chips and a new pecking order for your skeletal bone powder production line.

"Too many skeletons" hahahaha that's like saying "spiders can't get any bigger."