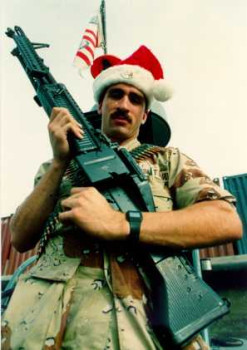 Last year, from the mother in law, this: 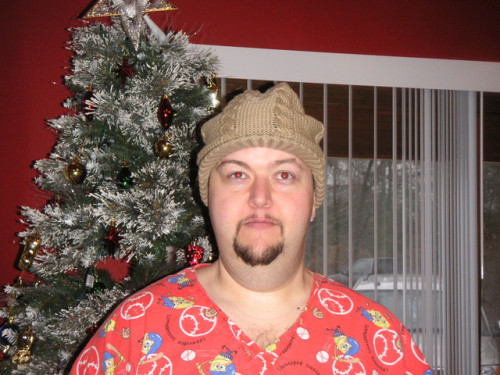 I used to work at a Ponderosa, and they had a Christmas party and a secret Santa. We were supposed to put on our slip three things that we wanted. I was trying to avoid the inevitable crappy gift so I put down gift cards to 3 different places.

I got a t shirt with a deer's head, two crossed guns and the phrase "Git 'er Dun" all in front of a confederate flag on it.

My uncle got my $50 gift cards for Best Buy and Fry's in 2005. In 2006 he got me a size small Mickey Mouse shirt, where Mickey's head was colored like an American flag.

I only get 30 minutes to use the prison computer on Christmas day, so my time is up here. Thanks to all of the revolting fiends from the SA forums who gave us their experiences on why Xmas: Sponsored By Coca Cola is unbearable if you're not six years old (the X in Xmas stands for Xtreme). Not only is this the end of the Comedy Goldmine for this week, it's the end of these articles for 2007. What a year it's been! Thanks for reading every week and keep these death threats coming. Don't forget to join me in 2008 for another 365 days, 52 weeks and 12 months of insane ramblings, not to mention the occasional gross picture.