The Secret Life of Walter Mitty; Out of the Furnace; The Book Thief

We have a nice early review fresh out the oven, hot off the presses and all thoroughly blended in the metaphor-mixer for your perusal. The film in question is Ben Stiller's The Secret Life of Walter Mitty, reviewed by Ian "Professor Clumsy" Maddison. To follow that we have a double-dose of Oscar-bait madness in the form of Out of the Furnace, reviewed by Martin R. "Vargo" Schneider, and The Book Thief, which Joseph "Jay Dub" Wade casts his eye over.

The Secret Life of Walter Mitty

EXPECTATIONS: I've said it before, but it bears repeating that Ben Stiller is often thought of primarily as a movie star who appears in irredeemable drivel like Night at the Museum and The Watch, but he is in fact a much more talented and skilled director than most of the directors he acts under. Both Zoolander and Tropic Thunder have cemented him as one of America's great comedy directors and now he's back behind the camera with this new adaptation of James Thurber's short story The Secret Life of Walter Mitty, which I have never read, but has been previously adapted in the 1947 film of the same name starring Danny Kaye, who I can't stand. The trailer for this looks really great, though and it's definitely my most anticipated film of the holiday season. 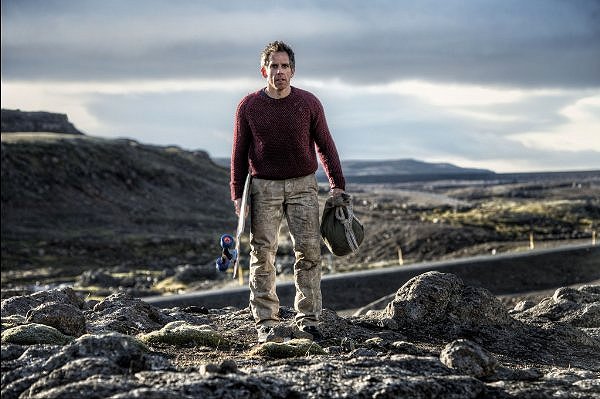 REALITY: In other hands, The Secret Life of Walter Mitty would have been mawkish, sentimental drivel that misses its mark by alienating a great deal of its audience. Want to change your life? Jump on a plane and see the world! It's easy to assume that this is what Walter Mitty is advocating, but in truth it is wise to its own brand of faux-inspirational bullshit and wants you to know that it doesn't really matter what you do, including watching Ben Stiller movies, so long as you find something that helps you enjoy your life. It's a film not about making huge changes in your life to chase the impossible dream, but to simply find something that makes waking up everyday bearable enough to keep doing it until you die. Perhaps that's depressing? If so it's because I lack the subtlety and immediacy of Stiller's cinematic instincts.

The titular Walter Mitty (Stiller) has worked for Life Magazine for sixteen years now, working directly with the photographers, chiefly Sean O'Connell (Sean Penn), whose mysterious movements, brilliant eye and old-fashioned sensibilities have made him something of a figure of legend around the magazine office. Meanwhile, Life is being downsized into a purely online service and bearded corporate dickhead Ted Hendricks (Adam Scott) wants Mitty to track down a missing negative of O'Connell's for the final issue's cover. 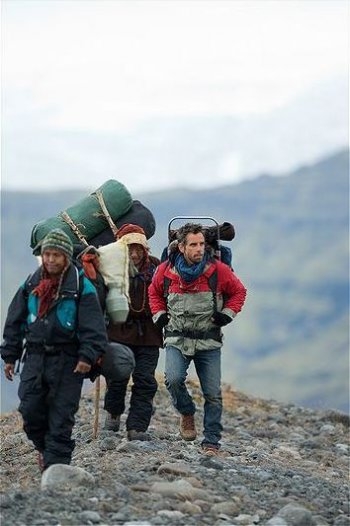 I'd rather just stay home and watch Zoolander.Now, that all sounds rather uninteresting, but the real story here is that Mitty spends his days daydreaming about being interesting and exciting enough to catch the attention of co-worker Cheryl Melhoff (Kristen Wiig) and this assignment is exactly what he needs to finally do the things he has always dreamed of, like track down O'Connell on one of his jet-setting adventures by jumping on the first plane to Greenland or, you know ...talking to the girl he likes.

I'm going to make some fatuous observations now, but I swear it's building to a point. For example: It's easy to hop into a plane and go to another country in movies; you just show up at the airport with your passport and off you go. There's fatuous observation number one. Have you ever noticed how everyone in romantic comedies has some kind of suppressed talent? In this case Walter Mitty is some kind of skateboarding expert. This is because romance is built on aspiration and it's not enough to meet the right person, you also need to have the means to be with them. There are other implications to go along with this, but let's call that fatuous observation number two. Finally, in films like this, you will often see the female lead treated as a source of inspiration or little more than a prize for the male lead to fight for. So that's three fatuous observations.

Ordinarily, I might have presented those three observations without drawing attention to how easy it is to do so, perhaps wasting a paragraph on each because I'm just as capable and guilty of lazy writing as any Hollywood screenwriter has ever been. Likewise, any Hollywood screenwriter can do what I just did and make you reassess them and their work by simply drawing attention to the simple mechanics of it. You are shown things that you've seen before, you are aware that they are vacuous and worthless clichés, but a sudden blast of self awareness freshens the whole thing up. Writer Steve Conrad, along with Stiller, has made the third act of Walter Mitty seem inspired by simply acknowledging and stripping away all of the (deliberately included) trite and obvious clichés of the first two acts.

The real point of The Secret Life of Walter Mitty is that it doesn't matter -- the film itself doesn't matter that is, beyond your enjoyment of it. This is a film filled with the kind of "uplifting," "inspirational" music that you can hear prime examples of in its trailer as well as "moving," "spiritual" visual rituals like fleeing an erupting volcano or climbing the Himalayas. Of course you're never going to do this in your life -- you can't even afford healthcare -- but you will listen to music, watch movies and daydream, all in the hopes of deriving some enjoyment out of your life, because you're probably going to lose your job soon no matter how well you do it.

If that sounds surprisingly grim, well I guess it is. Walter Mitty is subtly dark with its humour, behind its aforementioned faux-inspirational bullshit is a genuine understanding that life isn't always what you want it to be, society is dumb and nobody is going to help you. It's a sign of the times, perhaps, to see how American comedy has evolved into this self-critical surrealism. There are very few traditional jokes, but you're invited to laugh at the futility of your own existence; it almost feels British in a way. It's not a laugh riot, but it is fun, I promise, and I can't think of any American director beyond Ben Stiller who could have pulled it off with such a wry and crooked sensibility.

The Secret Life of Walter Mitty is released Christmas Day.

MINORITY REPORT: But does he Eat? Does he Pray? I'm sure he probably at least Loves, right? I mean, if someone is making a life exodus around the world to find themselves, then they have to do those things, and it has to be in the most cliched way possible! That's how this works! No one is happy unless they're always doing sanctimonious crap all the time! I don't get it! - Martin R. Vargo Schneider