Heaven is For Real

EXPECTATIONS: I try to approach most of these films with an open mind, but at least once a year, you guys send me to one of these preach-films coming straight from the gospel of Sam Walton, and every time, it feels like I write the same article. I pretty much know how this goes by now. Evangelical movies made by and for evangelicals are usually lazy and boring, and at the very least disingenuous. I don't even know what else there is for me to write on the subject. Heaven Is For Real has me intrigued for a couple of reasons, though: First, this film has an actual cast, and not just '90s TV stars. Second, there's an amazing writing and directing pedigree behind the film from Randall Wallace, director of Secretariat and writer of Braveheart. And finally, this is the story of a little kid named Colton Burpo. I mean, come on. Burpo. That's comedy gold right there. 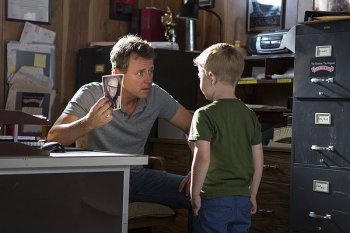 Look at the picture again. Now, are you sure you want to continue this farce?

REALITY: Let's just get this out of the way right now: What no eye has seen, what no ear has heard, and what no human mind has conceived - the things God has prepared for those who love him. - 1 Corinthians, 2:9. I'm not a religious scholar by any means, I am sure someone's already made this argument before, and it's not like the actual content of the Bible has ever mattered to its biggest proponents anyway, but I'm doing this to prove a point: This is not the worst religious film I've had to endure (it's actually one of the better ones), but it's the most ideologically confused and inconsistent. Its basic concept doesn't even fall in line with the most simple of tenets established by the religion for which it is shilling. This book/movie combination is basically playing a game of sanctimonious Calvinball, making up its own rules and subsequently breaking and replacing them at will. Whose will? Why, God's, of course. Or maybe not God so much as Todd, some douchebag that lives in Nebraska.

The basic concept behind Heaven is For Real is a veritable hodgepodge of middle-American wet dreams. Pastor Todd Burpo (Greg Kinnear), who also has jobs as a handyman, wrestling coach, and firefighter is beloved by everyone in his little Nebraska town. After his four-year- old son Colton (Connor Corum) goes in for emergency appendectomy surgery, he comes back claiming to have left his body and visited Heaven for a short time while he was being operated on. Side note, the Burpos let their son have a 104-degree fever for FOUR DAYS before taking him to the hospital, but whatever. Anyway, Colton keeps telling Todd different impossible-sounding stories of Heaven, which causes a crisis of faith in Todd, who starts working it into his sermons. Because this is a religious movie, Todd now has to face the WASP version of persecution, meaning one guy is kind of mean to him one time, and his daughter is teased slightly at school in one scene. Eventually Todd is called into question by his friends on the church board (Margo Martindale and Thomas Haden "Apparently Goes To" Church), but I really don't think asking a man to back up or justify what he says to his congregation each week counts as persecution. Especially not when you're the one paying him to say it.

Did you notice how many times I said "Todd" in that paragraph, and how few times I said the name of literally everyone else? This is Todd's story, and Colton, the literal prophet, plays a small part in this. This leads to the same issue I had with Liz Gilbert in Eat Pray Love. I can't judge this film without remembering that Todd Burpo, character, is the supposedly true-life account of Todd Burpo, actual person. This is why the film spends an unsettling amount of time establishing Todd Burpo, cool guy. "Look how great Todd Burpo is!" says Todd Burpo. "Todd Burpo is so generous, he does his contractor work pro bono. He's so inspiring, the church falls apart if he's gone for three weeks. He's suffered so much, with his broken leg and kidney stones. And he's so sexy, his totally hot wife (Kelly Reilly) is a choir teacher by day, but is a dirty kinky thing for him at night, she totally hasn't been laying perfectly still in the missionary position for thirty years, totally not." My point is, during all this time when we're supposed to be discussing the existence of the afterlife, there's an underlying sense that we are really watching Todd Burpo masturbate using a Greg Kinnear avatar, and I just threw up in my mouth a little while typing that. 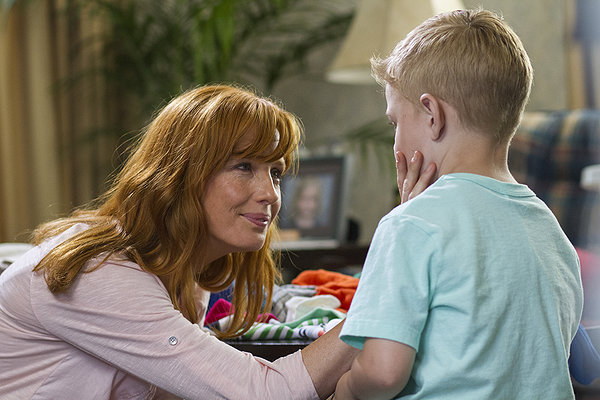 Oh, son. You're such a disappointment to me. I regret not having an abortion.


I did promise you ideological inconsistencies, so here they are: At one point, Colton mentions to Todd that while visiting Heaven, he met Todd's grandfather, Pop. In a wildly overdramatic scene, Todd pulls out pictures of his grandfather, and it's not until he sees the photo of Pop as a young man of about 25 that Colton identifies him. "In Heaven, everyone is young." Colton explains. Okay, Colton, I'm a little confused why the incredibly human concepts of "youth" and "age" even apply in the afterlife, but I'll roll with it. Later, though, Colton relates meeting someone else: His unborn older sister. Yes, Colton meets his mother's miscarried baby, only she's a little girl older than he is. The implications of this are terrifying in so many ways. Who is this girl? What is she doing in heaven? If everyone is young in heaven, why is she a child if she never got to exist on Earth? Has she been aging in Heaven, to get to the eight-year-old body? Or did she just appear there one day, as the child she would have been? If that's the case, why didn't she appear as the thirty-year old woman she would have become? This is a lot of questions you're opening your story up to, Burpo, and it's all rather David Lynch-level disturbing. Was it worth it so you could sneak your not-so-subtle "life begins at conception" message in there? Your mountain of money seems to indicate "Yes."

That said, I don't think that what we're looking at here is a hoax, I think there's something far more disturbing happening here. Assuming this is fairly well aligned with the content of Todd Burpo's book, (and my research indicates it is, but it doesn't touch on any of the REALLY out-there claims Colton supposedly put forth) then the Burpo's make liberal use of the weakest cop-out in literary history, namely "God works in mysterious ways." You don't have to make your story make sense if it's about God, God can do whatever he wants, being the creator of the Earth and sky and all that. Which is all well and good if you believe in that, but this isn't really the word of God, now is it? It's the word of Todd. However, in one particularly telling scene, Todd's wife mentions something she read in college, which claimed that people's concepts of the Heavenly Father stem from their relationships with their literal father, to which Todd responds, "I hope not, mine had issues." That may be, Todd, but for the purposes of this narrative, you've put yourself in the position of another well-known dude whose Only Begotten Son supposedly chilled out in heaven for a few days before coming back to Earth. (People are still pretty unsure about the veracity of that one, too.) Yes, I am inferring exactly what you think I am: Todd Burpo wants to BE God, and he has successfully created a narrative in which, at least for the congregation of a church in Nebraska, he has become their benevolent Father-Lord. 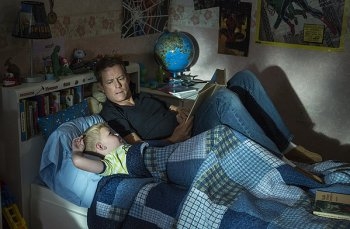 It's almost like a child will say anything for attention.I don't think I'm alone in this interpretation either. I think director Randall Wallace realized that there was something vaguely cult-leaderish about his subject as well. Or at least I hope he did, as it would certainly explain some of his bizarre direction choices. Essentially, there is enough material in Heaven Is For Real to make an incredibly effective horror short. If you swapped out the score in several scenes, you could easily have a V/H/S 3 segment. For example, in the aforementioned photograph scene, the dramatic reveal happens in a low wide shot with Kinnear holding the photo at waist-height. If you can't picture this, it's the kind of shot that is typically associated with seeing the killer in the slasher movie revealing their iconic weapon for the first time, Kinnear holding the picture like one would a machete. It would also explain the inherent creepiness of the actor playing Colton, who never really seems all that interested by the fact that he's in Heaven. I realize that I'm now mocking the performance of a six-year-old. but there's something about Connor Corum's blank expression when reciting the stories of the hereafter that I just find unsettling. That is until he actually smiles, then I want him to go back to blank.

For all this, I didn't hate Heaven Is For Real. It's far too weird for me to really have a disdain for. Yeah, it's a little disturbing in its implications and overlooks the very obvious thematic questions it poses. (For example, the word "Hell" is only mentioned once in the entire movie, despite the fact that Colton's arrival in Heaven suggests it must exist as well.) However, it politely lacks the outright antagonism that many films in the evangelical genre possess. In fact, the overall theme of Todd's rousing final speech is "They say in heaven, love comes first/We'll make heaven a place on Earth." Sure it's not those specific words, but the concept is there. It also does what I've been saying Christian movies need to do for years, and actually shows its main character doubting and cursing God before coming back to the fray. Kinnear, Martindale, Church, and Reilly all acquit themselves amicably of the material they've been given and the scenes of Greg Kinnear actually being a pastor comforting his disciples are good enough that they felt like it was a different character in a different movie. Heaven Is For Real is just so bizarre that even with the cult-like reading I've assigned it, it still just feels harmless. If this is the type of movie which has a direct impact on your personal beliefs in the divine, then I'm pretty sure your convictions must not have been incredibly solid to begin with there, Noah.

MINORITY REPORT: You know how certain family names come from whatever trade a person's ancestors had? Names like Smith, Cooper, Wright, etc. What do you think Todd Burpo's ancestors did? - Joseph "Jay Dub" Wade