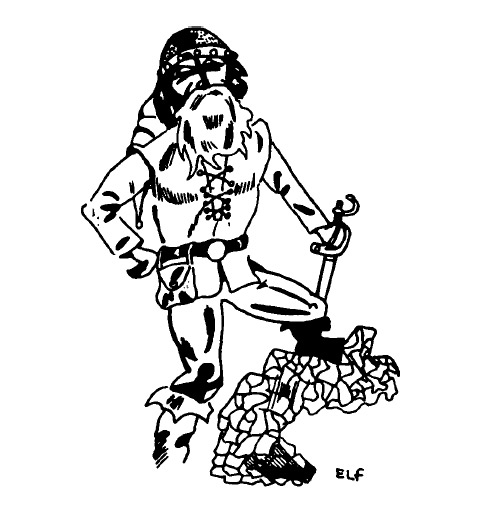 Steve: The Thing is maimed by this unruly, brutal elf. Bearded elf, rude dude. Thwarts heroes with his cutlass.

Zack: Great Lego-hand detail on this guy. Another example of that classic original D&D outsider art. The desultory school of art.

Steve: That's pretty wicked how they can be a fighter one adventure and if they want they can just switch over to being a wizard.

Steve: That's a good point, but not because they switch classes. It is because of their whimsical and often mercurial nature.

Zack: Speaks orc, hobgoblin, gnoll, and whatever else. You know, usual stuff. No big deal. He speaks it.

Steve: I think that means common.

Zack: Yeppp bought the Rosetta Stone CDs for Hobgoblin. I figure it'll take me about six weeks to quest across the mountains and to the cursed lands of the hobgoblins. Should be on advanced discs by then.

Steve: I took four years of kobold in high school and I never get a chance to use it.