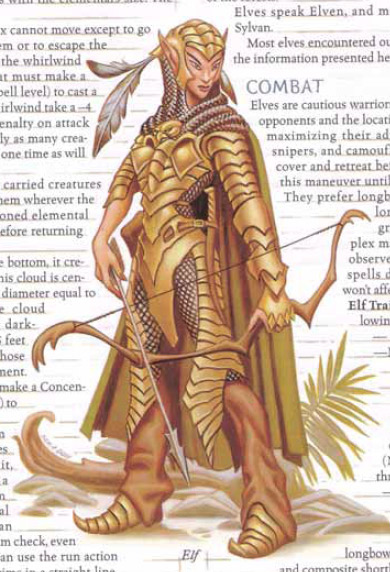 Steve: Here you really see the production values showing through as the elves evolved to look exactly like the elves in the Lord of the Rings movies.

Zack: Ears slowly edging towards those giant pointed ears the Japanese always use in their games so you definitely don't mistake elves for generic animes.

Steve: In the description it mentions that they have animal guardians including giant eagles to guard their houses. That's pretty awesome.

Zack: Sounds awesome, maybe, but households with giant eagles are five times more likely to have a family member die or be seriously injured by a giant eagle.

Steve: I will use whatever size eagle it takes to protect my property.

Zack: And you're free to thanks to the giant eagle lobby's stranglehold over the elders yurt. 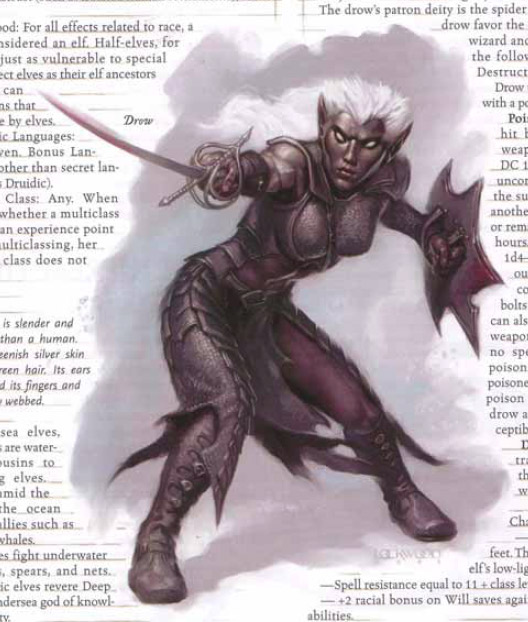 Steve: There was a gradual transition from like late 2E and into 3E where drow went from being creepy evil black-skinned elves to like these sexy lady elves into S&M stuff.

Zack: And going back to MMOs, the D&D evolution of dark elves spawned their appearance in just about every Korean MMO imaginable. I remember Lineage II had dark elves and it was like an underground strip club in their city.

Steve: Is that game still playable?

Steve: I mean is there a place you can download it and play it for free?

Steve: Okay, I was just wondering because Keith was asking me about it. I don't care for myself.