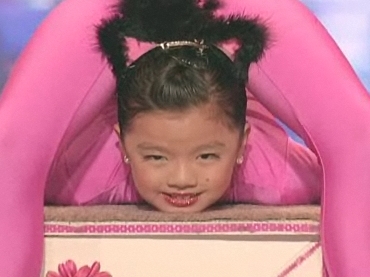 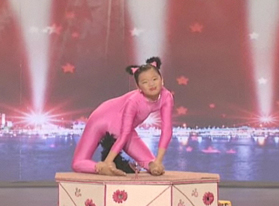 Wrong folder, again. This looks like it's part of the Olympics opening ceremonies. I imagine it's like some cuckoo circus living in China, a circus without freedom and God. Also, judging by that second shot, Chinese women folk need a little help trimming their waist beards! 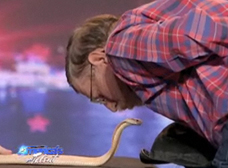 Speaking of the circus, here's a disgusting animal act out of Ringleader Lucifer's menagerie. He might as well have uncoiled the snake from his zipper. Never trust a serpent, or be banished from God's garden forever.

I know your eyes must be burnin', but I needed to warn you, before us good folk start changing into salt pillars. Sometimes reality's ugly as a mud fence. And to those mongrels who came here to see dirty photos, get full as a tick now, because once NBC hears what I have to say, the fat's gonna hit the fire. God bless America.