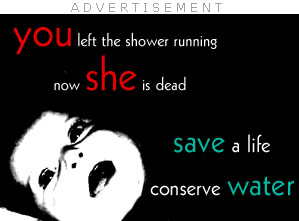 Rollins gestures and Dorothy and Mississippi grab me firmly by the arms. They drag me up to the podium.

Why isn't this fucking painkiller kicking in? I feel like I'm going to pass out from the teeth gnawing into my guts.

"This man should be familiar to those of you who have followed our little show," he points an accusatory finger at me. "We trusted this man to safeguard our lives and act in our interests. Yet I have documents that prove that this violent criminal is in the employ of the government of Nevada. This man is nothing less than an agent sent to destroy our great nation."

There are a few ragged cheers, but most simply stare in shock. Rollins covers the microphone with his hand.

"On your knees, fuckhead," he spits.

Dorothy forces me down to my knees at the edge of the stage with a jolt that runs through my body. The cameras are all on me. Rollins takes out his pistol and presses it to the top of my head. I'm barely able to keep conscious from the pain.

"This man will die so that our nation may live again," Howser says. "Sensitive viewers should look away."

Rollins pulls the trigger. His gun dry-clicks. The dumbfuck has the safety on.

There is an explosion inside my body. It erupts from the lining of my stomach, a bright blossom of warmth, burning through my tortured abdomen and torso. In a split second that bullet is calming and relaxing parts of my body that have been screaming since I came out of surgery.

Rollins lifts the gun from my head to try to figure out what went wrong. Dorothy snaps open his holster cover and offers Rollins his own pistol.

Mississippi Tar Coon is looking away like he doesn't want to watch me eat a noodle. It's an easy thing to jerk my arm free of his grasp and snatch his pistol out of its holster. I slam the handle of the gun into his hip and he pitches forward off the stage with a yelp.

I pop two into Dorothy's kidney and come to my feet.

The reaction is confused. Most of the mercenaries can't actually see over each other's heads and they think Rollins has shot me. A quick glance in that direction and I can tell that the only people besides Klint, Howser, and Rollins with a good view are the crowd and Jinglebells with his rolling camera.

I bring the gun up to stop Rollins before things get even more out of control and he smashes my hand aside. The gun goes flying from my fingers out into the audience. There is a bang and I know I'm shot, but I don't have time to deal with it. Besides, I fucking feel like a million bucks.

The barrel of the pistol is hot, but I close my hand on it and twist hard enough to snap his wrist. He screams and I land my forehead square on his nose with a crunch of cartilage and a wet splash of blood. Rollins reels back a step and I smash his temple with the grip of the gun. He drops straight down. Could be dead.

Maybe a second and half has gone by since the first shot was fired, so the crowd is just starting to react with a mixture of fearful screams and entertained cheering. Howser is on top of me the second Rollins drops out of the way. He grabs my wrists and kicks me over and over again in my legs.

I don't drop, I don't even feel it, but he does wrench the gun out of my hand and into his.

"You motherfucker," he screams in outrage.

He throws himself at me, trying to wrestling the gun into my face. We fall to the ground. He pulls the trigger a couple times but he's way off the mark.

"You're not going to get away with this," I spit at him, his forearm choking me.

Howser howls with rage and bites the meat of my arm that's holding the gun away from my head. I almost manage to tear the gun away from him. Then Eduardo looms into view. He's got his pistol aimed at me, so I force Howser between us.

I get my knees under Howser and I wait until Eduardo is in just the right spot. Blood is coursing down my arm and dribbling from Howser's mouth onto my face. He lets go of my arm and his teeth are red. I can see pinches of my flesh between them. He roars like an animal.