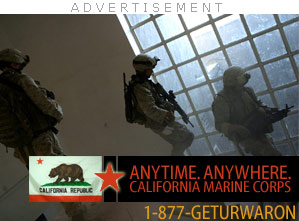 Eduardo never sees it coming. I push me knees into Howser with all my strength and he lets out a sort of oof sound as he bounce off of me and into Eduardo's knees. I'm up, the sock and camera battery in my hand.

I drop a boot on the gun Howser is holding and swing the battery straight into Eduardo's jaw. It smashes clean across his face, his jaw wobbling and throwing teeth as it comes apart. I let go of the sock and let it follow him to the ground.

"Traitor," I shout at Eduardo as he drops.

I yank Howser to his feet and press the barrel of the gun to his head.

There are a hundred rifles pointed at me. Now I've got everyone's attention. I force Howser to the podium.

"Tell them the truth," I gasp. "Who killed the President, you fuck?"

I punch him in the side.

"The truth," I lean on him, "unless you're feeling really lucky and you think one of those Marine sharpshooters can take me down before I pull the trigger. Are you feeling lucky?"

"Eduardo Velasquez," he spits into the microphone, "he shot down the plane."

I punch him again and he grunts.

I push the barrel of the gun into the back of his head.

"and me, alright?" He shrieks. "Me, you motherfucker. I did it and I did it for California. For the people suffering in the-"

I shove him off the stage and send a wad of spit chasing after him. The cameras whir and click and flash.

I spread my arms, inviting the snipers to do their work. The crowd roars its approval.

He holds his hand up for a high five. I give it to him weakly and lean against the podium. The crowd is chanting Killer! Killer! Killer! The media are shouting questions at me.

"Your name," some woman in the front row of the press pit shouts. "What's your name?"

"My name," I glance sidelong at Klint, "is Eastwood."

Roll credits. Maybe with some music by the Stones.