You Just Don't Understand Kim John Un Like Me 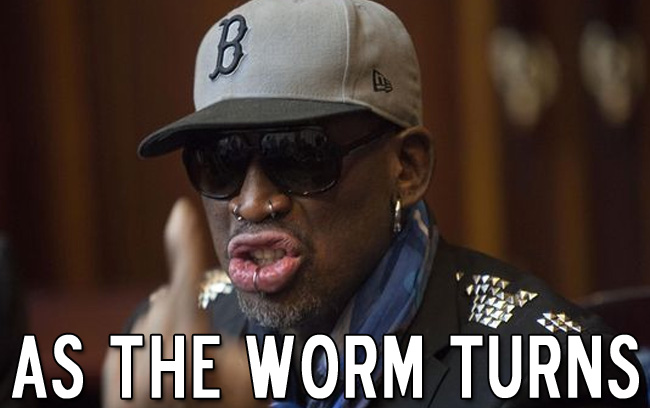 Guess what? This politics stuff, I don't know. You think you're free? The guys from Vice watched whatever DVD they want on TV last night at our giant concrete hotel. Any video. Armageddons. The Cores. Executions of bad singers. Whatever they want.

Obama, tell me, important guy, what have you done for Korea? Guantatamon bay and now this. And now this. It's a travesty. With you? Vice TV might as well put their cameras on a petting zoo. Their weird beard guys with tattoos might as well roll eyes at a goat.

Crap, man. It's crap. How many ESPN awards has John Kerry got for in your face attitude? Ummmmmm...bzzzt. He he he. 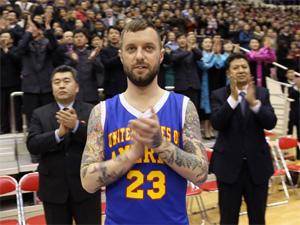 Kim John Un likes me because I don't have a facade. I am true to him. Why is Dennis Rodman back in Korea? Because Dennis Rodman is the only one that can make peace in the world. I am a dove. I am a basketball dove.

Dreams from a father, please. Dream again, Obama. A father dreamed of his nation. A great nation in friendship and Kim John Un became king of Korea. He invited me here to play basketball. Do you see Michael Jordan Here? Scotty Pippen? Larrrrrrry Birds?

Do you understand even one second of histories? John McClane called me an idiot? That man tried to give Sarah Palins half the nuclear missiles in the world. Good Morning, Vietnams, indeed.

I held his baby. Kim's baby. Like a big potato with little commas for eyes. I saw his wife...the one he didn't drown in acid for depraved crimes. Don't talk to me about Kenneth Bae. Let me tell you what he did in this country. Subterfuges. Jackanapes. Skullduggeries. That man was a snake man working for the CIA.

YES, finally, yes. My jacket does have shoulder spikes.

It's crap, you sit there and judge Kim John Un for feeding his uncle to a dog. It's a dog eat dog world. If his dogs didn't eat his uncle, his uncles will eat his dogs. You can't understand what is even going on here in terms of the game of basketball. It was crime depravity. This isn't a game. This is the championship. 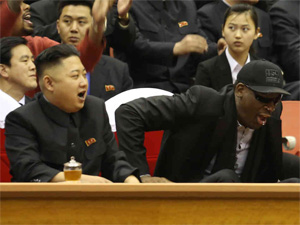 Your jump game is crap, CNN "news" TV. Really? If you can call it that. Whatever.

Kim John Un is the number one basketball star in his country. Because he has heart. He lets me do whatever I want. I can drive as fast as I want on the road. He showed me - listen up - he showed me they have at least 1,000 rice balls in a basket. We pointed at that together.

We looked at the prison camp where they make number one North Korean computer which is faster than a pentian. It's called a Peopletosh because Steve Jobs is a lie, do you get it?

We are such good friends that he adopted me as his legal son. He is now my dad and I like it that way. When was America ever my dad? How many million mile an hour driver's licenses did Barack Obama give me? Answer: zero. It's zero.

It's not that he put all those people to death. Without the benefluence of Kim John Un we are all dead, the rays of his mighty spirit give us life, like little bean plants and he is the sun. Like father, like sun. A sun is a star. My mother, the car.

You got no idea what he deals with on a dataday basis. Wise up...yeah, right...he he he...

God bless. It's a good thing you have me, America. Because happy Birthday, Kim.