The fence surrounding Freer Air Force Base is sagging. The main gate is open and the guardhouse is empty. The jostling truck follows the tail-lights of the Buick, up a crumbling asphalt drive, and into a parking lot littered with weeds. We pass a truck like the one we're in, a big fuel-cell four axle with no windshield or tires. The hood is open as if someone has been taking pieces of the truck to keep another truck, maybe the one we're in, operational.

A few more trucks and some civilian vehicles are lined up at the entrance. Don't know much about Freer, but it's creepy seeing any military base this empty, let alone one that is supposed to be operational. There is a US flag over the entrance. The blinking light is going on the control tower and the lights are on in the building in front of us, but out beyond I can see the dark shapes of abandoned buildings. Mostly the curved backs of aircraft hangars.

Pike lifts his head and blinks away the cobwebs. A trickle of blood has dropped out of his nose and over his lips. He looks at me and starts to say something. I shake my head and for once he gets the message. The truck pulls up short of the entrance and the biker ops posse drags us out and walks us into the building. It echoes with emptiness. There's a guy flying the reception desk. At least he's wearing UPAT blues. He looks up from his tablet and jerks his head to indicate a direction. 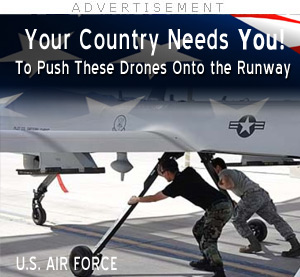 We're joined by the two guys form the Buick; the big guy that clocked Pike and a rangy black guy with these puffy eyes and drooping eyelids like he is about to fall asleep.

The chow hall has seen better days. Most of the chairs have been overturned and the tables are no longer in orderly rows. Over in the corner, in the glow of an elevated TV and some vending machines, a few smaller tables seem to be in use. The guys from biker ops sit us down at one of these tables and leave us, locking the door behind them.

Vargas hangs his head, unwilling to make eye-contact with any of us. Pike wipes blood from his bent nose on the shoulder of his jacket. A sorry couple, and that's half my manpower.

"Anybody got any change for the vending machine?" asks Spinoza.

The TV is showing a local news story about Harper Paine's tour and playing recorded footage of him waving his Lone Star flag and prancing around a stage shouting into a headset microphone. There's bunting and fireworks and wounded veterans and a gospel choir clapping in the background. The whole goddamn Harper Paine circus.

Paine is a dangerous clown, but he's not the only show in town. There's some sort of spooky religious survivalist group operating out of Corpus Christi. The Children, it says on the screen. I don't catch the name of their leader, but they seem like the sort of Bible-snorting yokel brigade that would love Paine. As I watch, the news cuts to a fat woman with a glazed expression and a microphone shoved in her face. She is babbling that Paine is "just another false prophet" and that he "wants to give Texas over to the devils." Plural devils. She means the Mexicans. Or the gays. Not sure which group the so-called Children hate worse.