VIA Admits Cyrix 'Hasn't Produced Anything' in Five Years

VIA Admits Cyrix "Hasn't Produced Anything" in Five Years 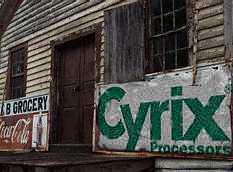 Fremont, CA - In a startling announcement, Timothy Chen, PR spokesperson for VIA, admitted that company-owned CPU manufacturer Cyrix "hasn't produced anything in the past five years."

"When we were originally thinking of buying their company, we were just overwhelmed by how good the acquisition and price looked on paper. We hurried up to sign everything, and in the process, failed to do even the most basic of research on the company," stated Chen in a recent press release. "As a result, we ended up buying a company that, as far as we can tell, hasn't really made or done anything in the past five years. Hell, Cyrix hasn't even built a damn chip in the past four years. It took us almost a year to find this out, and we're still somewhat embarrassed."

According to Chen, VIA's representatives were "shocked" to discover that, upon touring Cyrix's manufacturing plant and corporate offices, their building was nothing but an abandoned gas station with a tin "Cyrix" sign bolted over the front entranceway.

"We at first thought we had the wrong address. Heck, we prayed we had the wrong address," admitted VIA PR Director Howard Christopherson. "Then some disheveled man wearing a Cyrix lab coat came stumbling out of the front door and fell down in front of us, throwing up all over my shoes. Turns out that the Cyrix engineers, in order to make their company appear to be stronger on paper, just let some homeless people inside, gave them lab coats, and called them 'employees'."

While only 50% of the Cyrix's work force was determined to in fact be homeless vagrants, the other six people were confirmed as actual engineers with degrees from very well-respected community colleges. Two of them were even able to correctly answer who the current president of the United States is. 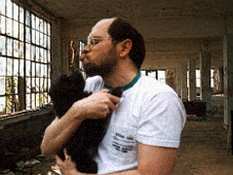 "Yeah, the engineers were a little loopy too," noted Christopherson. "Turns out Cyrix had actually gone bankrupt back in 1996 and nobody bothered to tell these guys, or they deluded themselves into ignoring it. They still continued to come to work and stay there, eight hours a day, five days a week, despite the fact that the power was cut around 1998 and all their equipment was seized by the government. I don't have any clue what they were doing all that time, but we did find a bunch of empty TV dinner boxes and some chemicals which could conceivably be used to manufacture methamphetamines."

Cyrix's lead engineer, Dave Reynolds (who demanded to be referred to as "King Elsenor"), admitted they used fraudulent statistics and press releases to ensure an acquisition by VIA.

"Man, we've just been kickin' it and laying low... you know, smoking the peace pipe and what have you," Reynolds explained while gesticulating wildly and spitting a lot. "We like found this typewriter in the dumpster behind the Denny's and we've just been typing press releases ever since the G-man busted in and stole our shit, dude. I mean, me and Colin came up with all these kickass ideas and shit for CPUs, but you know, we ain't got jack shit to make 'em with. So we just sat around and did shit, you know?"

The acquisition of Cyrix by VIA reportedly made Reynolds and associates "so damn happy" that they celebrated by "rolling around on the floor and biting each other." Reynolds claims that since being bought by VIA in late 1999, he's been able to help their team with some of his "far out" ideas, such as the .00-micron core chip.

"I mean, the lower the number before the micron rating, the faster the chip right? Well, if we had like a zero-micro core, that'd be like the fastest damn thing you ever saw." Reynolds then paused for a few seconds before resuming. "Wait, does a higher number equal a faster chip, or is it a lower number?"

Online gamers didn't really react with any surprise with VIA's announcement, often admitting they were unfamiliar with Cyrix and their line of chips.

"Cyrix? What?" asked avid Counterstrike player >}DeViL-666{<. "I mean, I heard of them before, but only when somebody was making fun of somebody else. I guess I thought 'Cyrix' was like some mythological brand of CPU or something. I know that me and none of my friends have ever seen one."