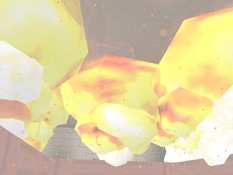 Start by listing every weapon in every game you can think of ever. Heck, it doesn't even need to be in an FPS game! Holger Huck's Unreal4Ever has a ship mounted mortar gun and a ship mounted Tomahawk Cruise missile! In fact, Unreal4Ever is a perfect case study of the good weapons mod... it fails in a few places (there is no weapon that kills everyone on the level and there are two quite original weapons out of 28, which rather blemish the whole "I don't know what the fuck I'm doing" feel to the mod), but this has still helped Holger Huck land a job as weapons designer in an up and coming Game Studio! I hope he doesn't suck as hard.

Next you need at least five modellers to do your weapons models. It's never difficult to find weapons modellers unless you turn down those who say "I haev nevar modelled beffore but I bet its easy!!!!!" Come on, you HAVE to give these people a chance! They're just trying to break into the industry! They could be the next Paul "I'm sacked and on crack" Steed! Hey, by the way Steedy, remember next time: independent thought is NOT an option. You MUST remember to join the "Hive-Mind Club" at your next job.

Remember to implement more than one fire mode per weapon (five is a nice round number) and make sure your weapons compliment is greater than 25. If you can't think of new weapon ideas, just have a modeller whack up another sniper rifle with slightly different reloading time and damage, but remember that sniper rifles are really immensely powerful weapons, so they should always kill in one shot. It's important that your weapons are "innovative", i.e. they require a Wyle Coyote style blue print to use successfully, such as a piano-dropping bird-seed-triggered trap-gun.

Here's a quick run down of a few of the weapons ideas you should come up with:

Additional note: Every weapon in "0" weapon slot needs to kill everyone on the level upon firing.

There are others, but they're all, in effect, the same... no... I mean different... they're all very different! They look different, okay?!

When writing up your readme file, take a couple of weeks out of your current job to write insane, inaccurate, incoherent babbling about the fictitious origins of your weapons. Also, pass it through Babel Fish a few times so that everyone thinks you're actually really intelligent but you are trying to cope with a language barrier. Whether you pretend to be French, Spainish, or German is up to you... you're in a win-win situation here!