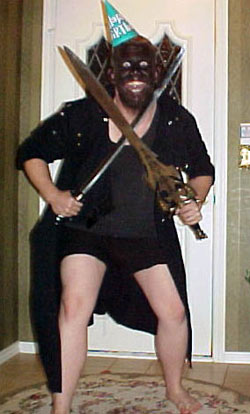 ~Connor~: I'll say! But excuse me for one moment, the pneumatic is making a weird sound.

~Connor~: Okay, it was just low on oil and it was hard to reach from the sex chair. By rocking it from side to side I was able to work up enough momentum to lean over the edge and dump in the oil. Where were we?

~Connor~: Please, just a little bit longer. I'm almost there. It feels so good talking to you.

Udreamofjeanie: no serously i have to go

~Connor~: Five minutes! Please! I'm going to go out of my mind if I can't get release.

~Connor~: Oh crud, I just heard the front door open. Huck is going to kill me! There's no way I can get out of the sex chair and clean up all the grease in time!

~Connor~: Look, Jeanie, Huck is very abusive. He is going to beat me half to death if he thinks I'm doing lesbian stuff again. You have to pretend to be my doctor if he asks you questions.

~Connor~: Yes, this is Dakota.

Udreamofjeanie: i cant pretend to be ur doctor!

~Connor~: That could have been Huck! The next message could be Huck! If he doesn't believe you 100% he is going to give me two black eyes.

~Connor~: He's walking towards the door!

~Connor~: Hello doctor why is my wife oiled up like a hog stuck in a gas pipe?

~Connor~: Were you doing that with the big hydraulic piston stuck inside half her holes?

Udreamofjeanie: yes that is my area of expertise

~Connor~: And the electrified alligator clips stuck to her nipples?

Udreamofjeanie: those are computer sencers so i can see the readouts

~Connor~: Oh, okay, is your office that one on Himmler Street?

~Connor~: In the Goering Memorial Building?

~Connor~: I think I know exactly which office you're in. Right next to the Rudolph Hess Eyeglass Bunker?

Udreamofjeanie: yes it is right nextdoor

~Connor~: Not the one on the 3rd floor. The one on the 8th floor that has a display for those hats that help your vision.

Udreamofjeanie: i walk by that every day

~Connor~: Oh, you must be Doctor Historysmysteries then. I'm sorry for doubting you, my friend sees you for psoriasis. Do you think you'll be able to get that cleared up?

~Connor~: HA HA! I caught you in my logic trap. I don't have any friends! Who are you really? Another one of the lesbo harlots tempting my wife into sin?! I KNEW Dakota was lying to me!