Here we go with the tips. You ready, chemosoppy? Pay attention, Jobi. 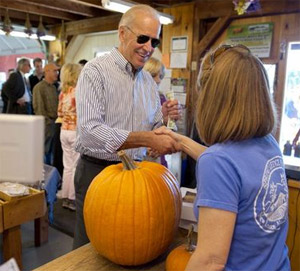 What the hell jobi what are you doing buying a pumpkin you had better be about to mossberg that festive motherfucker1. Try not to get distracted by ladies whipping their tops off at you

Its only a matter of time in the debate until some hussy cant stand the heat you are bringing and she has to get up and wrestle those butter babies out of her UCLA sweatshirt. Take it from a hockey vet who has seen more pressed titties than a mammogram machine that if your mind takes the train to tittytown you are gonna end up getting scored on so hard you'll end up in a hotel with a nosebleed and a plus sign on a pregnancy test. Do not fuck around with racks on the clock. Trust me.

2. Whenever dude tries to make a point you got to distract from it on his time

You'll get your time for rebuttholes but you have got to use your opponent's time against him. Whenever he starts trying to make a point start shaking your head and get more and more vickorous the more he tries to make points. Keep doing it and even saying sarcastic "rrrriiiight" or "suuuuuure" or yawning real big. Anything to get in their head and play mind games and derail their point. If they are crushing it with some really awesome point and you can feel the energy going bad then just slap something off your podium like a glass or something and then stumble around picking it up real slowly saying "sorry" over and over and then when you get it cleaned up be sure to bump into them really hard but make it look like an accident. 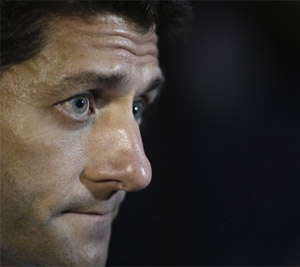 sometimes when you're staring like abitch the abitch looks back.3. Hide your tells

Debates are just like poker tour dude you got to get in their head and not reveal your bluffs and shit. Everybody has a tell. My tell is when I grab their jersey and yank it over their head and dump some foot pounds into their kidneys. I have to restrain that shit. So you have to cloak that shit up. Wear dark sunglasses and a hoodie. Put on earbuds while he is talking (but don't play music you have to actually hear what he is saying) and only drink water no hard drinks until at least the halfway point. Also if you are Asian it helps because nobody can tell if they even have emotions. Even when their planet was destroyed they didn't care.

4. Do not beat the shit out of them

Learned this one the hard way at the national debate tournament. Threw an elbow at raj chatterjee during the semifinals and busted out his front teeth and pulled a full on disquali. No time in the box just straight up 'youre out" and also I think my school might have got sued so bad they had to shut down the varsity girls basketball team but big fucking deal those lesbians haven't won a banner since like 1998 when big ruth hollister was still living in the trailer park on church road out towards the airport and they got that banner took away when it turned out she was doping on resomine she stole from that army ranger that got arrested for trying to take an underage girl to get a tattoo while intoxicated. Point is, jobi, no matter how much knuckle you think you can feed that pussy you've got to hold it in like salvia. 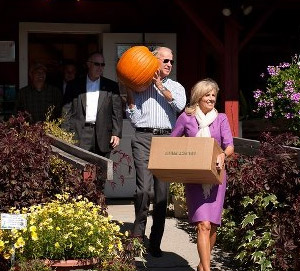 Oh I see you did it to better homes and gardens that shit for your little honey there. I read you. Carve that shit up and light a scented candle inside and be like "looks better with the lights out" and then when you turn out the lights feel up her pussy hole. Works every time.5. That brings me to my last point.

Which is the most important point of all: wear clean clothes and shower before the debate. If you have been dropping dick on jibi (jill biden) like its 1945 and that pussy is royan then you got to clean up that shit or you are going to be itchy during the debate. Take care of any crabs and rashes, check yourself for chiggers if you have passed out naked in the woods or had to belly crawl through a ditch leaving some broads house because her stupid roughneck husband wasn't rigging it he was just at the bar and you end up with more bugs on you than a sick raccoon.

Whatever is messed up, get it sorted because if you are scratching and adjusting your shit all the time people are going to be like "what the fuck I don't trust itchy people" because who does man? Would you buy a car from an itchy salesman? Would you eat food cooked by an itchy mom? Maybe if it was chili or mac and cheese or something, but not like a hamburger or grilled chicken. Nothing cooked on a grill with a spatula. Get your itchy flips away from my grub lady. The same deal is what the audience will be saying if you are scratching like a Saigon GI up there. "I'm not buying an economy and shit from that itchy motherfucker."

That's pretty much all you need to know. I mean you can study shit or read whatever, some books on math if you think that would help, but it's mostly about attitude. People don't even usually understand what you're saying. Truth, lies, shit about some TV show you saw, just say it like you mean it and they'll suck it down because America is dumb as hell.