GOT TO GET HOLLYWOOD PAID

Then I have a ninja fight with the assassin that killed the Russian president and it turns out it's the big-tittied CIA clone of the USA president girlfriend. So I make out with her and fight her because my sexual energy is synchronized to hers and then we do it there on the floor while the lactonic motherfucking CIA last boss dude laughs and is like "I got you in my trap!" but then I do her so hard her android brain melts down. The CIA dude is like "that was hot watching that, but you're 2 late, I got the launch codes" and I'll say "I don't think so, fag" and I'll slap shot a puck through the glass and hit the abort the launch button and make all the nuclear missiles explode in space. 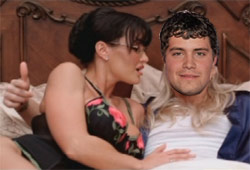 gonna get my DOTFD all up in lady POTUSThen I'll be in a space capsule from the self destructing base and I will have two president clones with me naked and making out. Then the space ejector capsule will land in the white house lawn and the president, who is out of her coma, will come out and open the hatch and find me hooking up with her two clones in the hot tub and I'll say "come on in the water's fine" and she'll rip out of her shirt and then'll look in the camera and wink. THE END.

I'm think for budget like 200 million or something. There's no planet like Pandora so you can just do the 3D without needing as much special effects. That's a huge saving right there.

Anyway I got some pilots and some cartoon projects in the works. Then we'll see how much money I'm making a year. We'll see how much weed and 4x4s and shotguns Ricky Hollywood needs to survive. Bristol can just give me our babies because I want 100% custody anyway. I think you can all agree with me that I would be the best dad ever. 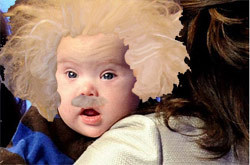 That crazy little fucker might just cure titty cancer or something.They're still teaching Tron he can't be normal, like he's too fucked up and retarded to do whatever he wants. Rob Emannuel and that stupid gay band with that Tom Sawyer song called him a retarded fucker and mrs. palin got all mad. I'm like fuck don't you know when you fight back you're just admitting he is retarded. Just be like "yeah, whatever, call him faggot retard baby gook child I don't give no fuck because I know I got baby Einstein in the play pen getting ready to invent some shit like dolphin computers or reverse butter make everyone thin again."

They should be focusing on the positives. Like how trod can left cinderblocks over his head and do a house demo in like ten minutes with his bare hands. That little dude is a wrecking crew and I know I shouldn't even say this, but I changed his diapers before and that dude is set the fuck up, let me tell you. In about six or seven years he is going to be absolutely destroying some girls insides like a terrorist. Look like a merry go round animal with that thing sticking out.

Anyway, I told you, these are dark times for me, but as you can see I am done with the self pitying. I am ready to take on the world and get PAID.