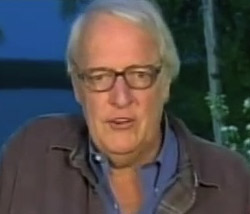 This nerd is the sorce of all my troubles.Another bombshell dropped is that Mrs. Palin had an affair with this dude Todd used to run a snowmobile business from which newsflash genius that lactonic fucker encouraged her to ride rod at every opportunity so long as he could put on one of those sniper suits but like with clock radios and crème brule scented yankee candles glued to it with his face camouflaged by a bunch of burgundy berber carpet samples so he could creep over there and video tape everything.

I can't tell you how many times Mrs. Palin was like swinging her shirt business around trying to lure me into some sort of creeper scenario with Todd but I could always see that motherfucker. He had cat eyes like some replicant shit gleaming at you with intentions. Wouldn't surprise me if you opened the safe inside the giant crab in their bedroom you'd find a tape of her getting junk jammed by snowmobile dude and Glen Rice. Like a straight up Wasilla wishbone.

The real shocker which I did not even know is barely even making headlines.

Before she was elected governor she is also said to have snorted cocaine with her husband off an overturned oil drum while snowmobiling with friends.

Todd, who was arrested for driving drunk in 1986 used cocaine a lot and was 'on the end of a straw plenty,' according to a long-term associate quoted in the book. 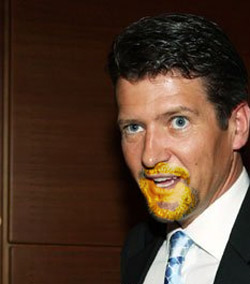 That lactonic fucker always has something on his face whether it came out of a spray can, a baggie or a weird dude he met on craigslist.No surprise Todd was sniffing sugar, he'll get into anything. Smokes glass, rides amyl bullets like he's expecting a zoo proctologist to check his tract, lives in a weed cloud. Paint dancer, Pac mans oxy, veins all black and dead, got banned from buying whip cream at all the stores in Wasilla and pays boys to buy him cans and take off their shirts in his garage and one time I saw him melting plastic on a hot light bulb and inhaling the fumes. I was like "Todd that don't get you high you garfield-eyed fucker take that chin ring and get out of here and give me some privacy to put babies in your daughters."

No amount of deviations from Todd would surprise me. What I am blown away by is that Mrs. palin was riding the rails. She is so stanctimonious about drugs. One time I came into her house smoking endo and she was like "what is that smell levi if you don't put that out this instant I am going to make you put on the OJ mask and rock my raunchy haunches."

Although Mexican marching powder does explain why she was always meeting people in the back of parking lots at like 3 AM and also it explains that idea she had where she wanted a law to ban people disrespecting her over emails and she would hire her cousin Dianne to read everybody's emails.

Okay, so I am glad this shit is coming out and the cocaine stuff is definitely a rebelation, but holy shit, fuck this dude and his stupid timing. I'm glad porch peeper and his creeper kit turned up the fact that a white girl dared to get drill baby drilled until a black thing popped out of her back in fucking 1985. That's some breaking news who mrs. palin nailed back when she was a tv new caster. back before she was mrs. palin and she was mrs. heath. Good for you creeper dude.

Thanks for ruining my book launch with your world news.