The 25 Most Awful Places According to Hollywood (Part 2) 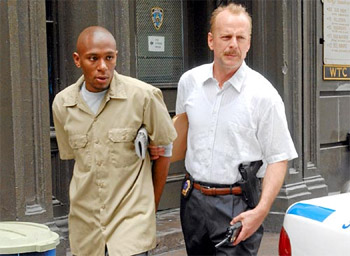 Protective custody is surprisingly similar to a death sentence.

Hollywood teaches: The most dangerous place for a criminal and/or witness is police custody. Police officers protecting this person serve as giant billboards to criminals that read, "Witness here, please kill." Whether the cops are lying low with the witness in a fleabag motel, in hiding on an Amish farm, or just transporting the witness from one squad car to a different squad car, you can rest assured murderers with guns are going to come looking for the person. The witness will either die or a hero cop will sacrifice himself to save the witness.


Assault on Precinct 13 is the most egregious example of Hollywood's opinion of police custody. In that film an entire army of corrupt cops assaults another police precinct, killing a number of cops and bystanders, in an effort to kill a witness.

The reality: There are infrequent examples of people killed while being held in police custody. These people are usually brutal criminals and the assailants are usually the outraged family members of their victims. Hollywood would lead you to believe that being in police custody is actually less safe than just walking around on the streets being a snitch. Unless you're a presidential assassin or a child killer you probably don't have all that much to worry about. 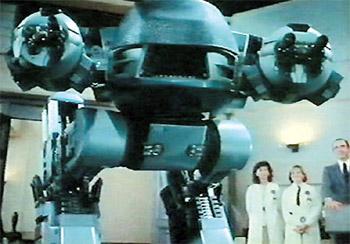 Always ask for the promotional DVD of any technology demonstrations.

Hollywood teaches: Hollywood is of the opinion that all scientific achievements are whirring dangerous symbols of mankind's hubris. Every innovation is capable of turning on its creators and causing untold death and mayhem. Witness the unruly cannon-wielding ED-209 from Robocop, which opened fire on an innocent OCP employee in its initial technology demonstration and was later defeated by a staircase. Any time a new technology is demonstrated in a movie it will either result in a deadly mishap or it will be comically ineffective. In the case of ED-209 it was both.

If a new technology is being demonstrated in a movie you would be well-advised to keep your distance.

The reality: Most technology demonstrations are for products or innovations that pose zero risk to participants. A new toaster is not going to start firing a chain gun at the audience and a two foot tall astronaut robot in Japan is not going to put down its trumpet and snap a man in half. The sort of technology demonstration seen in Robocop would be conducted with such strenuous safety precautions that the observers would probably be watching its trial runs on a closed circuit video.

Even sinister military contractors are businesses and businesses buy insurance. Insurance companies don't like it when they have to settle lawsuits titled "Hanson v. OCP's Murder Droid Division" and they pressure the companies they are insuring accordingly.