The 7 Most Awful Wastes of US Taxpayer Money (Part 1)

The Most Awful Wastes are not necessarily the largest expenditures by the US government on questionable projects and programs. We have applied a complex mathematical formula to incorporate all possible variables and determine the weighted value of each entry up for consideration. To put this process in layman's terms: we knew something belonged on the list if hearing about it made us rip our purple jeans and turn green. 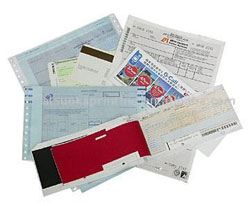 The Department of Defense (DOD) is the most egregious offender within the government when it comes to pure waste. Politicians and pundits can argue about guns versus butter all day long. America's military is budgeted for upwards of 500 billion dollars in 2007, plus untold billions in supplemental funding for ongoing conflicts, and all too often we don't even know where the money is going.

The 500 billion dollar budget enters the DOD Plinko board and bounces erratically to the bottom in a series of billion dollar Plinko chips. Maybe the money will end up in projects you can understand, like buying a new aircraft carrier or upgrading military hospitals, or maybe the money will bounce sideways and end up in black projects that gobble up cash without visible results. Sometimes the money just disappears halfway down the Plinko board and no one can say where it went.

In a system that convoluted it can be hard to unravel what is waste and what is justifiable. What we do know about the waste going on at the DOD is that some of the stuff at the margins, for little projects and incidental expenditures, can be spectacular.

DOD employees frequently need to travel on the taxpayer's dime. The Department of Defense provides a centrally-billed credit card style fund that can be used to purchase airline tickets from commercial air carriers. Hundreds of thousands of tickets are bought this way every year so Johnny and Jane Patriot can travel around the world spreading democracy. 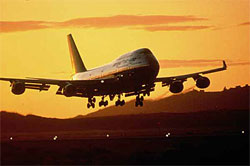 Destination: free money!Sounds reasonable, until you read the Government Accounting Office's 2004 report on the program, which discovered that between 1997 and 2003 (but primarily in 2001 and 2002) the program purchased 57,946 tickets that were never used. These totaled 21.1 million dollars. That means the DOD booked and paid for the equivalent of over 100 flights of fully-loaded 747s that nobody used.

The frothing-at-the-mouth infuriating part about this waste is that nearly all of the tickets were fully refundable. In other words, DOD employees could be bothered to take the time to book almost 58,000 flights, but it was just too much effort to bother requesting a refund.

It gets worse, as these discoveries always do, when you look deeper into the details. During the same period the DOD fund was used to purchase 91,000 two-way tickets that were used for one-way or partial flights. The total value of these tickets exceeds 68 million dollars.

Layering still more madness onto this are 27,000 instances in which the DOD double paid for tickets when the fund was used to buy tickets for which the purchasing employee was later reimbursed. That's right, the employee who used government money to buy tickets was repaid by the government for buying the tickets, some of which were not even used. 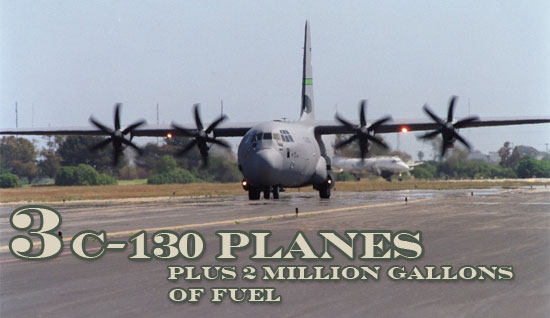