The 25 Most Awful Places According to Hollywood (Part 1) 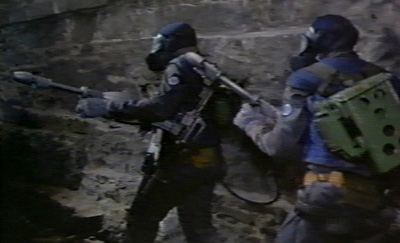 Hollywood teaches: Sewers are the dark and claustrophobic homes of cannibalistic humanoids and phantasmagoric clowns. Giant alligators patrol the polluted waterways and pregnant aliens disappear into the shadows. At any moment a screeching vampire might burst from concealment or streams of squealing rats might issue from a murky tunnel. Arcane valves and flow controls and drain hatches could activate and carry unwary visitors off to a skeleton-strewn pit or, at the whim of the writer, to safety.

The reality: You're more likely to get bit by a rat than a vampire and even in the nest of a sewer clown the worst nightmare of childhood you will have to confront is a case of hepatitis. Sewers are not pleasant places, true, but they have been designed specifically for maintenance teams to gain access.

To sample the levels of the subterranean river of ectoplasmic mood slime. 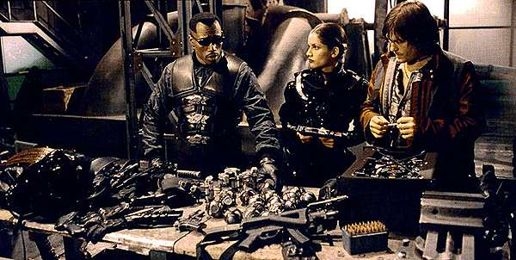 Looks about right for our usual trip out on the town.

Hollywood teaches: Regular haunts of people covered with piercings and tribal tattoos, techno clubs are also frequently visited by purpose-driven cyborg killers, evil vampires, extra-evil vampires that kill regular vampires, and Eurotrash computer software. There is always at least one pair of women wearing vinyl pants, dancing with each other, and/or making out.

Police detectives also stop by techno clubs searching for information relating to homicides. This is because within the logical framework of Hollywood techno clubs have gradually replaced shoeshine boys as universal sources of information. Tip Ol' Bootblack Jimmy a nickel or slam a guy with a nose ring named Toxxic into a bar top and a clue will pop out like burned toast.

The reality: There is very little truth to Hollywood's portrayal of techno clubs. Most techno clubs are required by health codes to put out traps to catch vampires, we don't live in a computer simulation of reality, and all of our cyborg killers are busy disposing of roadside bombs in Iraq. Most ridiculous of all is the idea that cops would go to a techno club for information relating to a murder. I might believe Hollywood if the detectives wanted Linux installed on their laptop or wanted to be spanked by a fat girl.