Yes, it's time once again for Awful Movie Madness, where we triple-down on our suffering by reviewing a big batch of movies that haven't quite earned the full treatment. This time we're expanding our focus from the cinematic crimes of a single man to the unforgivable movie-making sins of an entire country, and there are few countries more deserving of that dubious honor than Japan. Most of the terrible Japanese movies that make it our way fall somewhere between "cosplay blood orgy in a katana factory" and "cosplay cartoon jumpsuit custom robot battle surprise", but we've taken the liberty of sifting through the heady chum of Japanese B-movies to pull forth three of the more interesting/bizarre/insane and hold them up to the cold, hard light of internet comedy justice. 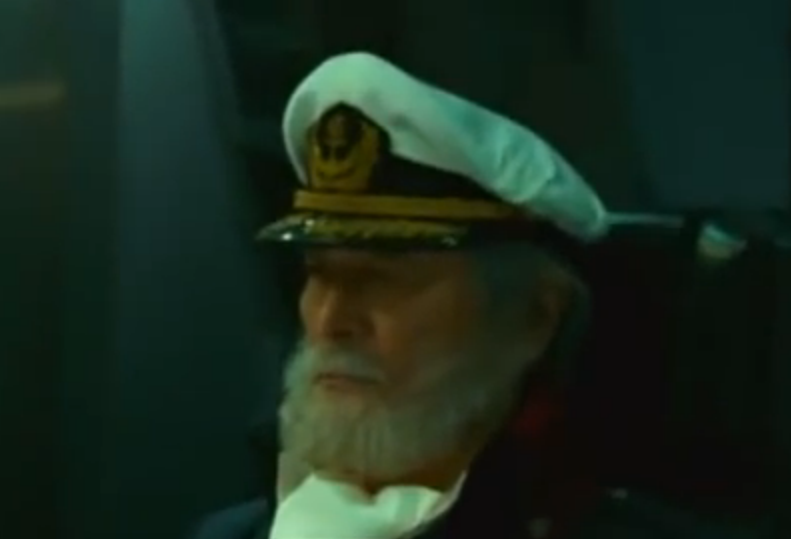 Based on a popular anime from the 1970s, Space Battleship Yamato is the thrilling story of, well, the WWII Battleship Yamato...in space. Led by the heroic and majestic Captain Santa-San, her intrepid crew of anime cliches leave their beloved nuke-ravaged Earth to wander the cosmos in search of ham-fisted allegory, awkward near-romance, and a fabled, totally-not-at-all-like-that-Genesis-thing-from-Star-Trek-II alien device that could be the key to saving all of Japankind.

If we wanted to sum up Space Battleship Yamato in one word, it would have to be "spectacle". Watch in amazement as Cpt. Santa-San tries so hard to roleplay Edward James Olmos it literally kills him! Gaze in wonder as his angsty protege's first act as commander gets everyone killed via space kamikaze! Grit your teeth in rapt attention as the last scene takes 30 fucking minutes to end even though almost nothing is happening! Sure, it might not be "conventional" or "by the book" or have a plot that "makes sense", but so what? Who the hell needs story arcs or character development when you've got fucking hugging spaceships?:

On the other hand, there are a few moments here and there that might seem a little confusing or ridiculous, like the part where they bring a mysterious alien ship aboard and then after it possesses a crewman and tries to kill everybody they all just sort of leave it totally unattended to have a nap, or the part where it turns out this useless random little robo trashcan they've been lugging around for 2 solid hours just happens to be able to transform into an unstoppable army-leveling killbot the size of a skyscraper whenever it feels like it (which is never).

And yes, fine, maybe it's even a little hard to suspend enough disbelief to go along with the idea that they converted a centuries-old rusty sunken shipwreck into a spaceship instead of just building a new one which could probably be done way cheaper and in a fraction of the time, or the notion that a bunch of people who by their own admission don't really know what the solar system looks like could master intergalactic warp travel without ever going into space. But again, we ask you, so what? If you've got a better movie about WWII boats floating around in space accidentally discovering the real life versions of totally made up galaxy-transforming god machines completely by coincidence, buddy, we'd like to see it.

You Should Watch This Movie If: