What do you get when a classified government research facility has "bring your daughter to work day", and she gets to use the top-secret research mainframe to draw MSPaint pictures of horsies? The creative minds behind The Vector File would probably mumble something incoherent about mega-smallpox, international intrigue, and how they've never heard of this X-Files program or met anyone who does graphic design for them, honest. We don't know about any of that stuff (except that it's all lies), but there sure are lots of mysterious men randomly appearing to threaten our buddy Casper with shotguns, probably just because they're Jaw Jealous(TM). 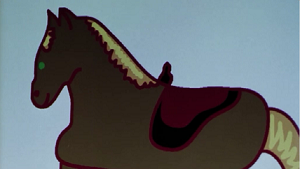 Yes, we know that this infamous movie was already reviewed right here on SA back in 2005, but let's face it: no one review could ever hope to fully contain the dimension-transcending audiovisual miracle event that is Dracula 3000. Starring Coolio and our Man of the Week, Dracula 3000 takes us on a magical journey to Transylvania Station on Planet Transylvania in the Carpathian Galaxy (that's where vampires come from in the year 3000, see). We could tell you about the mentally-deficient crack salvage crew of Coolio, "Tiny" Lister, and literally an intern who wandered onto the set, but as you've probably guessed by now, we're mainly here to talk about the Casper part of the equation.

So just how does one unlock the mysterious and many-chambered enigma that is Captain Abraham Van Helsing? One doesn't. One simply gazes at the humbling beauty and elegance of his perfection, and weeps with endless joy until finally one's heart explodes in one's chest like an Iditarod dog with bad genes and a major coke habit. But gaze quickly, since this is the only movie on this list in which Casper doesn't make it to the end. And what a shame it is, because he missed out on possibly the greatest/worst ending of any movie ever conceived: