The Wolverine; R.I.P.D.; The To Do List; Grabbers; Nor'easter; Breaking the Girls

What a strange week we find ourselves experiencing at the cinemas, with the boner-obsessed The Wolverine; the maddeningly just-okay R.I.P.D.; the refreshing The To Do List; the weirdly monotonous Grabbers; the surprising Nor'easter; and finally the bizarre Breaking the Girls.

EXPECTATIONS: I am the 1%... the 1% of people who liked X-Men Origins: Wolverine, that is. In fact, I have no idea what anyone has against that film. It's rare to see a superhero film that actually embraces its own absurdity. As an episodic action-thriller about a man whose actions have no personal consequences, I preferred it to Crank. People may complain that it's stupid, but compared to what? Iron Man? Get out of here.

Now, having just said all that, I must say that The Wolverine looks bad. The trailer makes it look like the kind of mopey self-exploration formulaic superhero drivel that every other Marvel movie gives us. Please, The Wolverine, deliver us something a little more interesting than "I'm sad that I'm super."

REALITY: When an audience enters the third act of an action-adventure film, there are occasionally a few questions rattling around in their heads; questions like: "How will our hero get out of this one?" "What tricks will the bad guy pull to get the upper hand?" and "Will the movie be over in time for lunch?" With The Wolverine, the audience is more likely to be asking questions like: "What is going on?" "Who even is the villain in this movie?" and "Is this whole film about erections?" 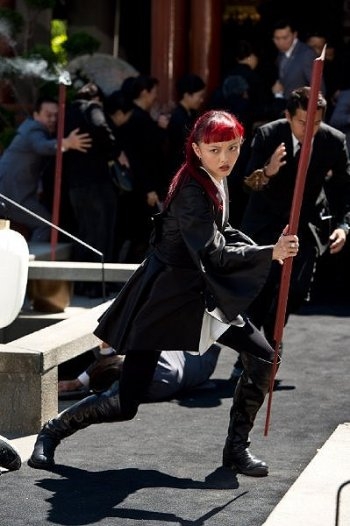 Nothing suggestive here.The first problem The Wolverine has is that the story makes absolutely no sense. It begins in Nagasaki when Logan (Hugh Jackman) protects a Japanese soldier from the American atomic-bomb strike. That soldier grows up to be Yashida (Haruhiko Yamanouchi), the richest man in Japan. Yashida wants to repay Logan for his kindness by stealing his immortality for himself. Logan refuses him and he dies, somehow leaving Logan with the task of protecting Yashida's granddaughter Mariko (Tao Okamoto) from endless Yakuza goons, a poisonous snake-lady (Svetlana Khodchenkova) and... a ninja (Will Yun Lee) who somehow loves Mariko but wants to kill her but doesn't? I don't know. Also, Logan picks up a ninja sidekick of his own in Yukio (Rila Fukushima), who has the power to know when people will die.

There are a lot of characters left that I haven't mentioned. The plot to either kill or capture Mariko involves members of her family, old friends, weird Russian snake people, Famke Janssen as the dying wife from The Grey, some expendable Yakuza chumps, that giant samurai robot from Brazil... it goes on and on. By the time we reach the final act, it's hard to follow who is who and what's going on. Characters are introduced, forgotten about and then reintroduced only to be dispatched before the end. There is a scene where Logan and Mariko discuss her relationship with people involved in the plot, but we have no idea who they are talking about until we see them again later. "Oh, that guy? I thought he was just an extra for the funeral scene?"

It takes a long time for this film to play all of its cards. I don't know who to blame for this, but it seems like films these days never want to establish the entire plot right away and have their characters react and move through it toward the inevitable conclusion. No, now every damn thing has to be a secret. You can't reveal anything important like who the main antagonist of your action movie is, why any of these characters want to kill Mariko, why the hero is so intimately involved or why any of us should care. The filmmakers hold on to all these things so they can reveal them in big dramatic scenes.


Now, the whole point of a plot twist should be that it changes the parameters of the action. Turns out the hero has been misled, turns out he's a ghost, turns out that it was all a dream, etc. When done effectively, this delivers a sudden, unexpected shock to the story, and audiences are propelled into an exciting third act or brought to an abrupt ending. 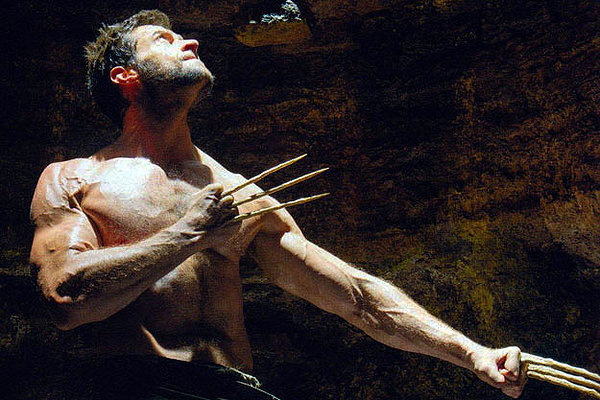 
However, the current school of thought seems to hold that the value of a plot twist is to shroud your film in so much mystery that the public will be chomping at the bit to see your stupid film just to know what happens. Remember how they tried to hide the name of the villain in Star Trek Into Darkness so that people would think it was somehow important? Everybody knew who it was, really, but they wanted to pretend to not know, because they feared that the film would have little more to offer than the surprise that a man's name is different to what he said it was earlier. The Wolverine treats absolutely every plot point in that same way, and it leads to a thoroughly un-thrilling and nonsensical two hours.

However, there are a handful of interesting ideas in here, especially when it comes to exploring the place of traditional gender roles in a modern society. Logan is an archetypal American outlaw right out of the wild west, and Yashida and his kin are stuck in feudal Japan. He is described as "traditional," and this film uses "traditional" to mean "archaic." The film is very preoccupied with men trying to maintain "traditional" ideas - women must be protected, men should have honour, that kind of thing - while presenting us with women who don't necessarily fit within those ideas. In fact, the two most interesting characters here are women, Mariko and Yukio. In stark contrast to G.I. Joe: Retaliation's idiotic and paradoxical views on women in the military, The Wolverine actually has a statement to make on the role of women in a world full of men with backward ideas about them. 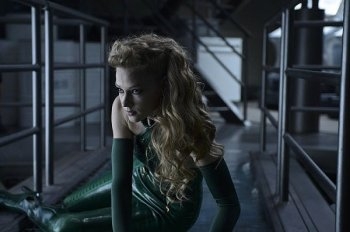 The poor man's Uma Thurman.This is reinforced by The Wolverine's obsession with erections. And by erections, I mean erect penises. Hard knobs. Boners, if you will. Or, at least, symbolic representations thereof. Now, I know I bang on about phallic imagery all the time, but The Wolverine's phallic imagery is very specifically about erections. Hard bones and hot swords abound as an old man who is dying (suffering from erectile dysfunction, or the fear of it) seeks out Logan's immortality (libido) and his ever-present bone claws (persistent erections). In one scene, probably the best scene in the film, Mariko and Logan have dinner and Logan leaves his chopsticks standing vertical in his rice. She lays them down and explains to him that upright chopsticks are a bad omen, because they "represent the burning incense at a funeral."

We all know what else they (and the incense sticks) represent, and it's very nice to see a film of this type outright telling its audience that images are symbolic and "everything means something." After Mariko tells her story about her dying grandfather, we cut back to Logan, who has once again left his chopsticks upright. The erect/flaccid penis dichotomy is likened throughout to life and death; when hearing tales of death, Logan cannot help but display his "alive-ness" by posturing a symbolic erection. Mariko responds by laying them down for him again, without aggression or sexual suggestion.


In the third act, he faces the threat of symbolic castration (the loss of his claws) at the hands of an augmented phallic being (an adamantium cyborg samurai with aforementioned "hot swords"), which he overcomes with the same posturing of his "alive-ness" we saw earlier. There's a striking contrast between Mariko's simple disapproving gesture and the way the archaic male figures escalate the conflict and compound the issue.


The Wolverine wants to be an anti-narrative film, similar to Star Wars: Episode I: The Phantom Menace, but it unfortunately has a lot of the same issues as that film: uninteresting characters, poorly conceived story structure, no real antagonistic presence and dull action sequences. As a thematic exploration, it's very interesting, but you're not going to be left ruminating on its "erections=life" manifesto as much as you are going to be left flummoxed by a weird movie about boners.

But a Vargo is never just a Vargo. - Sean "Keanu Grieves" Hanson