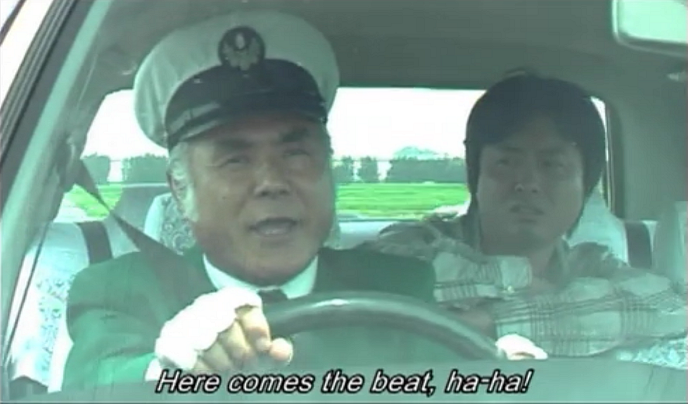 Soaring in at a lofty 1.9 stars, Looking for Cherry Blossoms is more than just one of the worst movies currently available on Netflix instant. Ok, we're lying, it isn't. It is probably the thing least resembling an actual movie on this week's list, however. Trying to make it the whole way through this thing could probably be an MXC event, but that would be too cruel even by Japanese gameshow standards. If watching 2 idiots get chauffeured around by a batshit insane taxi driver for a solid hour doesn't sound enticing to you, maybe you'd prefer a nice trip to a place we like to call "Cherry Blossom Hell":

Don't get too comfortable though, because that's the only time you'll ever get to see it, and also it's the only thing that happens in the entire movie. The other 57 minutes or so is basically this:

If you're still brainless enough to keep watching, you'll realize by the end that this movie isn't unrated just because it's some obscure dogshit nobody would ever watch (it is, of course), but because there's also a generous slice of Surprise Full-Frontal Male Nudity (SFFMN) in the form of a spontaneous shrieking outdoor thong fight in the rain, which fight is also essentially the end of the movie (how's that for a mixed blessing?). Here comes the beat, ha-ha!

You Should Watch This Movie If: