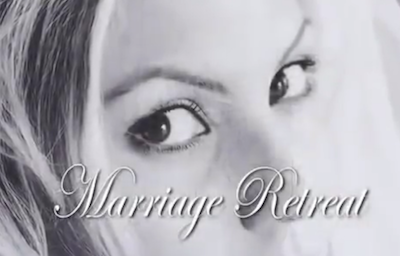 Overview: Carl Winslow, Jeff Fahey, David A.R. White and the ever-present spirit of JESUS-AHHH teach us all that a good marriage is a horrible, disgusting thing that should be destroyed and erased from the earth as soon as possible. Incidentally, watching this movie with your spouse would be a great way to get that ball rolling.

The Case For: Might contain some valuable pointers if you're planning to become a twisted unlovable faith-based huckster/televangelist. Case in point: when one of the characters says "I don't think we can afford to go" [to marriage camp], the answer is "I know, but can you afford not to?"

The Case Against: Yet another vehicle for Jesus Christ superstar David A.R. White, who is basically like if Adam Sandler found God and was miraculously made even less funny as God's punishment on all mankind for creating Adam Sandler. 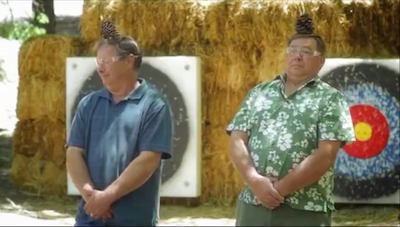 We have a lot of fun here in this column, with all the crazy sci-fi movies with hoverdolphins, robo-mutants, and David Carradines. But it's about time we dealt with a more serious, adult topic: marriage. And if there's one group that we can count on to treat the vow of holy matrimony in a serious, adult way for grown-ups, it's definitely the Christian movie racket business. Finally, a thoughtful and mature treatment of the ins and outs of pledging to live the rest of your life with another human being from - oh...the most insufferable person anyone could ever do that with...yay? Speaking of which, here, have this:

Ah, PureFlix, a studio which takes all of the usual retch-inducing cliches, puritanical pulpitry, and smug sermonizing of your usual Jesus flick and puts a refreshingly wackety crazy-cookers McZany-O'Daven'Busters spin on it. Not refreshing in a "cold glass of lemonade on a hot summer day" kind of way, mind you, but more the "drinking a cocktail of Xenomorph blood and molten mercury" kind, or the "coming down the stairs a little too early on Christmas and finding your mom playing out some of her darker rape fetish fantasies with Santa on top of all your presents" kind of refreshing.

Technically, this movie is supposed to be a comedy, which we guess is probably true, assuming you only show it to a drunken 5-year-old with severe mental health issues raised in solitary confinement in a hotbox buried in the irradiated dirt underneath a Vault-Tec Vault full of retarded German Super Mutants[1]. To everyone else, it belongs to some made-up genre so unspeakably terrible that recommending it to your friends is literally identical to committing an act of violence on them.

The only conceivably funny thing about Marriage Retreat is the possibility of showing it to your Christian friends and making them try to justify it, watching the resulting mangled wreckage of mental yoga that unfolds. You'd have an easier time making an earnest case for the Spanish Inquisition or the Salem Witch Trials. A boxful of puppies being euthanized next to a self-immolating Tibetan monk would be funnier than this movie. Real, actual trainwrecks are funnier than this movie. Being on suicide watch is funnier than this movie. Just look at this shit: