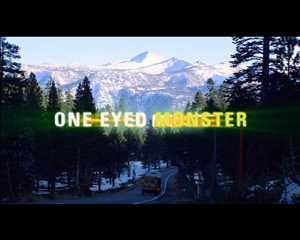 At a Glance: Ron Jeremy's cock gets hit by a laser from space, wrenches itself out of his sweaty fat folds, and starts slaughtering the cast and crew of a pornographic film in some isolated mountains. Also this is far and away the best movie I have ever reviewed for the site and probably my favorite horror movie of all time. Of course the latter is just because I usually squeal and weep at any horror movie that's actually scary, but it's easy to look like a cool and calm dudette when the scary monster is a rubber dildo slicked in maple syrup. Also the token black guy lives! Hoorah!

The Case For: Plenty of wacky gore that is careful to never take itself too seriously so that you don't feel like a creepy fucker for enjoying it.

The Case Against: Nothing. Highly recommended for any lovers of disembodied alien cock in your life.

Know a terrible movie? Email me!

YESSSSSSSSSSSSSSSSSSSSSSSSSSSSSSSSSSSSSSSSSSo when I checked my Something Awful email account for the first time in about three months (teehee, sorry guys) I received two bmiracles. The first was that in over 100 mails, not one was from a creepy person who either wants to marry me or kill my cat and beat me to death with his corpse. They were all very lovely emails, thank you, your English teachers would be proud! The second miracle was that someone recommended a movie that I actually liked! Which makes it pretty hard to write about, of course. On the one hand, I don't want to give too much away, as One Eyed Monster is something you'll have to experience on your own (well, not on your own you horrifically sad and lonely child-beast you. Get friends and also probably drugs.) 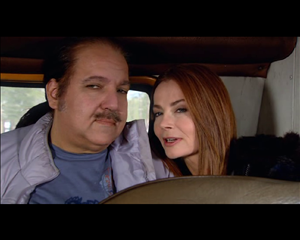 Ron is best friends with the other veteran on the set, Veronica, who is freaking out about becoming too droopy to lick dicks on cameras anymore. Personally I would've advised her not to pick a career where they don't fire you the second you weigh more than a German Shepherd, but Ron is a warm-hearted soul and far more sympathetic. He gives her a pep talk about how he gets confident with a self-deprecating attitude, character acting, and a reproductive organ long enough to skewer a gestating fetus with. Veronica gets all fired up and, through an "audition" with Jim, manages to squeeze her way into the first scene with a X-Rated Superfriends power of her own: Iron Vagina.

The second Jonah turns his back, Ron is electrocuted by a shooting star to the dick.

Somehow Ron sucks it up long enough to stumble back inside and pound at Veronica's snatch for a little while longer, but soon he starts hyperventilating like a TV pundit kept away from his drug stash. When the two are finally yanked apart Veronica is hemmoraging -which is solved by shoving a composite meta-tampon up there- but alas, it's too late for Ronnie. The gang is all set to cheerfully dump his bloated corpse into a snow drift.... until they notice a certain part of his body is both missing and thirsting for blood.