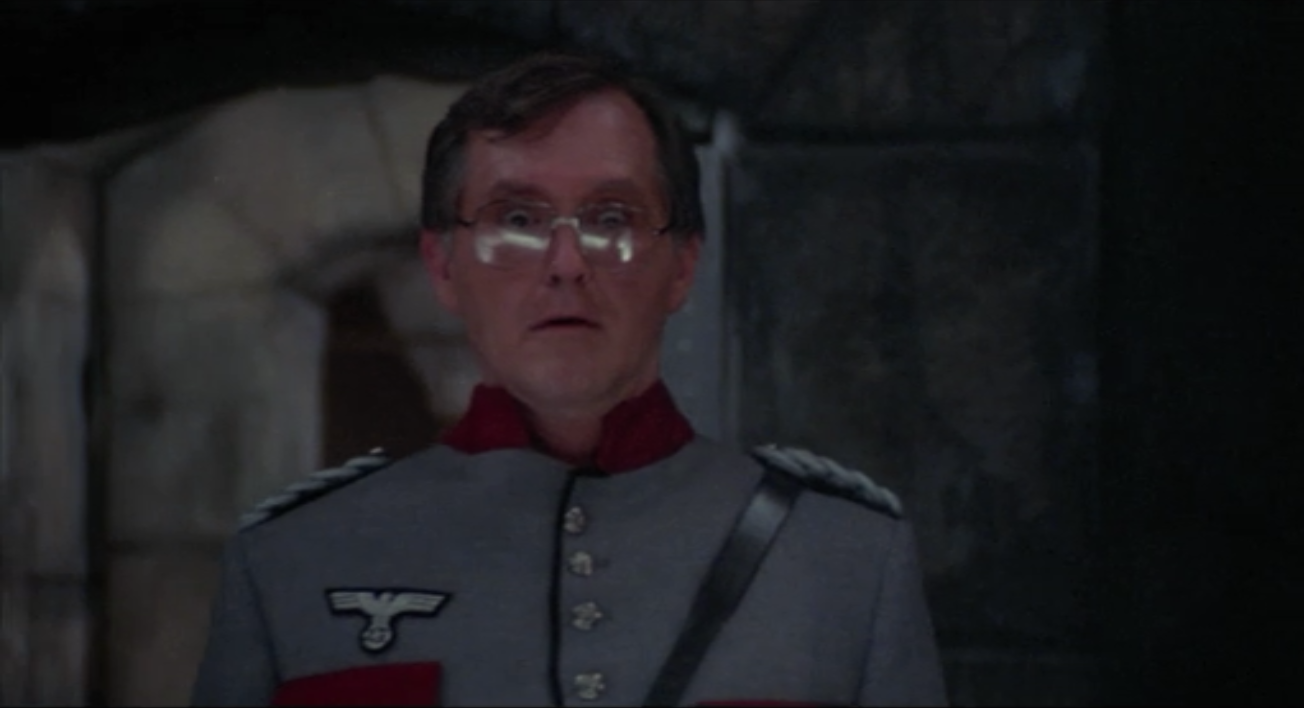 As it turns out he's not even very good at looking like a Nazi, given that he and his bland female accomplice/love object get found out and captured before they can really do anything useful. Fortunately for Duncan, he is captured by Baron von Bearded Hard-Boiled Egg, who is basically every bad-movie-villain stereotype ever rolled into one giant ball of Hebrew-hating lard. It comes as no surprise, then, that the good Baron decides to dispose of Duncan by way of Official Useless Deathtrap #47-J, "Slowly Rising Pool of Water with Human-Sized Drain," with predictable results.

The Nazi underlings at least manage to notice Duncan escaping and send some dirt bikes after him, resulting in what is essentially the speeder chase scene from Return of the Jedi but with more decapitations and fewer obnoxious dancing Vietcong teddy bears. Seems like a pretty good deal, at least until you realize that even the most cacophonous Ewok song-and-dance number, in all of its unbearable whimsy/28-minute mescaline-fueled mushroom-drum soloing horror, would still make for better action and music than the Order of the Black Eagle alternative:

Duncan gets fished out of the water by a random lady we've never seen before, who drags him off to a nearby bar to meet a colorful band of local mercenaries who are just raring to shoot some Nazis. Here's a handy guide to this merry band of Expendables rejects:

The nuanced characterization and burgeoning development of deep interpersonal relationships are rudely interrupted by some banditos, who may or may not have wandered in off the set of a spaghetti western shooting nearby. On the plus side, the banditos can help stretch this steaming pile of cellulose towards that coveted 90-minute mark, so they're more than welcome to stay. Duncan reaches into his big bag of master spy tricks and comes up with a horrifying Bugs Bunny transvestite routine that somehow gives his team of mercenaries the edge in the confusing and pointless firefight that follows. This is all followed by some drawn-out travel sequence involving a decrepit river barge and some hovercrafts, but nobody cares about that, so let's just skip to the part where they arrive back at the Nazi camp and stuff the baboon into a battle tank: