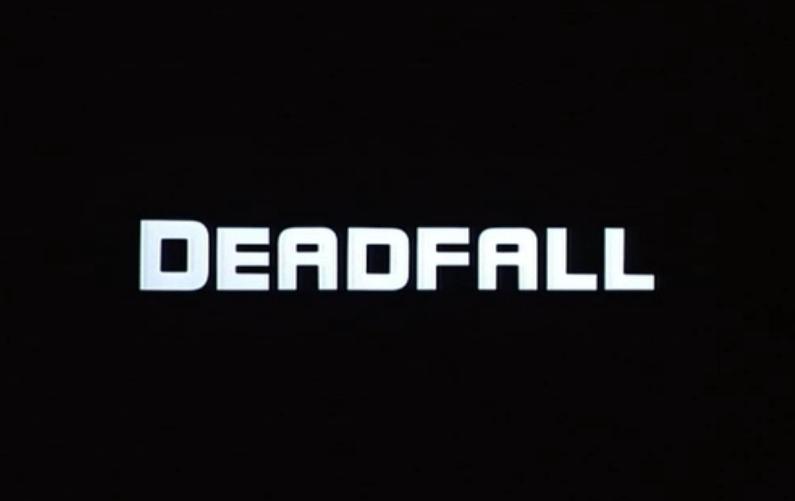 Overview: Supposedly there's some kind of plot about con artists, but all you really need to know is that Deadfall stars Nicolas Cage, Charlie Sheen, and other legitimately famous people, and yet it's still terrible enough to end up being reviewed here.

The Case For: If you've ever thought to yourself "Boy, I sure do enjoy the collected works of Nicolas Cage, but I wish he wasn't so calm and restrained all of the time!", then this is the film for you!

The Case Against: Contains no interesting or original cons, despite being a movie about con men; the "twist" at the end invalidates what little plot there was to begin with; many scenes do not contain Nicolas Cage. 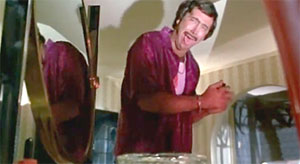 Remember the movie Game of Death, which was originally supposed to be about Bruce Lee fighting his way to the top of a five-story pagoda guarded by different martial-arts masters on each floor? Deadfall is like that, except that every story is guarded by a different master of shitty acting. First floor: Nicolas Cage yelling the word "fuck" and using flailing hand gestures normally reserved for guiding F-18s in for landing. Second floor: Charlie Sheen, enjoying his own presence so much that he's just a hair's breadth short of literally bending over and fellating himself on-camera. And so on.

In this analogy, director Christopher Coppola is the pagoda's landlord: He's technically in charge, but really he has no say about what's going on inside day to day, and if he stopped to think about it he'd probably evict everyone and burn the place to the ground. Instead, he slapped half a coat of film noir on it and opened it to the public. Welcome to Deadfall!

Replacing Bruce Lee as the protagonist who gets to wander haplessly from scene to scene is Michael Biehn, a.k.a. the only man in movie history who has ever killed Arnold Schwarzenegger (other than Arnold himself, of course.) Michael's character is Joe Donan, con artist extraordinaire in cahoots with his con artist father. Their work mostly involves scams where Joe pretends to gun down his own father, because all good family businesses are built on a solid foundation of severe psychological trauma.

On this particular day there's extra trauma to go around, because someone loads real bullets into Joe's gun instead of blanks. With his only son cradling him in his arms, Joe's dad utters his final words: "Get the cake. My brother took the cake." What is the cake? Who is Joe's estranged uncle, and what happened between the two brothers? Now that's the basis for a good mystery! Too bad they used it as the basis for Deadfall instead. 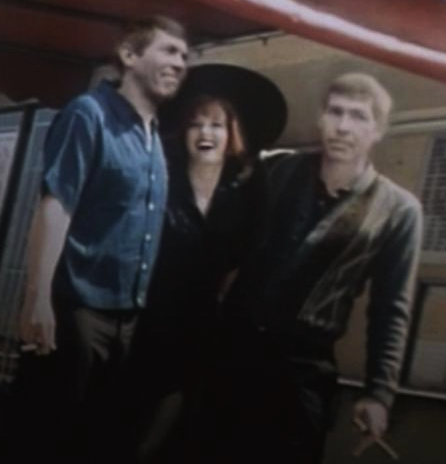 No, you see, the photo looks like that because Lou had his own face pasted over his twin brother's. By a trained howler monkey. And the monkey was sick that day.

After some fast-forward scenes of the funeral and the usual period of alcoholic bereavement, Joe heads off to L.A. in search of his long-lost uncle, and possibly revenge and/or delicious cake. To find his uncle Joe has to use all his detective skills, including "wearing dark sunglasses indoors at all times" and "staring conspicuously at pretzel salesmen while smelling vegetables." Eventually he manages to attract the attention of his uncle's right-hand man Eddie, who is portrayed by Nicolas "NOT THE BEES" Cage.

Mind you, Nick is "portraying a character" here in the same sense that a chimpanzee throwing feces at a canvas would be "painting a picture." There's clearly a lot of effort involved, and the whole thing makes for a pretty good spectacle, but at the end of the day everyone feels kind of dirty and nobody wants anything to do with the finished product. Well, except for Christopher Coppola, who released this film with his own name plastered all over it. What we're saying is that if Chris ever invites you over to see his abstract art collection, you should politely decline.

Anyway, Joe passes the "pick a card, any card" test, so Nick (who we refuse to call "Eddie", since in no way is Eddie a distinct character from Nick Cage on a coke bender) leads him off to meet his uncle, Lou Donan. Lou is also played by James Coburn, who joins the illustrious Jean-Claude Van Damme on the list of actors who get to die at the start of a film, and then come back as their own character's identical twin. He recommends that Joe spend a night on the town with Nick to learn the ropes, a suggestion that fills Nick with unbridled enthusiasm: