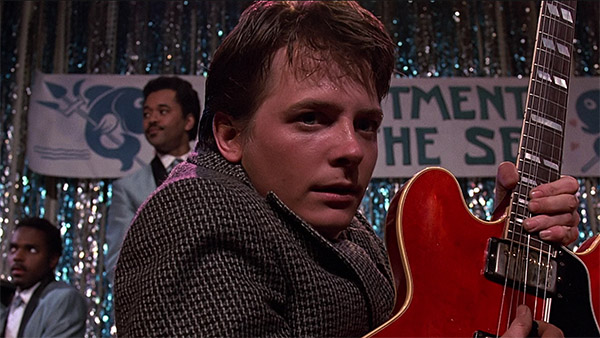 After Marty McFly belted out a rockin' cover of Johnny B. Goode at the end of the first film, you might have wondered why Michael J. Fox never released an album of his own. Well, it turns out the voice that sounded nothing like his wasn't actually his at all--rather, it belonged to a studio singer who made just a fraction of Fox's salary! Say it with me now, everyone: movie magic.