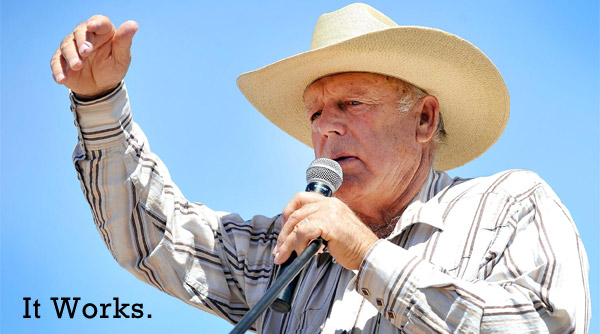 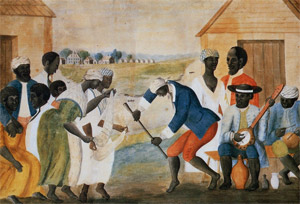 People are happier when they have something to do with their day. Look at these folks.I know the temptation. You want to turn your back on Cliven Bundy. You want to disavow all those Facebook posts you made about sheriffs and the Bureau of Land Management leading up to Thursday. Now that you've seen the media's video of the Nevada rancher talking about "negroes" and "picking cotton" you feel like just being quiet until everybody just forgets about Cliven.

But now is when Cliven needs you more than ever. Sure, his words were crude and obviously ill-timed, but we can't let them distract us from the important issue here. Slavery is really good. Just, really really good. It is probably the best thing you can have.

On the one side, slavery is free labor, which is the next best thing to free grazing land for your rowdy cows to chow down on. On the other side of the coin, the slavery side, you get to spend a lot of time with your family and do meaningful work. It doesn't have to be picking cotton. Heck, a lot of plantations don't even have cotton. You could, for example, tend to cattle on a ranch in Nevada or clean air boats for a guy who hunts alligators. Maybe you could just hold a big fan next to somebody sitting on a throne. Whatever you do, you won't have to worry about finding a job.

People used to be able to take a little vacation. These days? In this low-wage economy? Good luck.

I know that can be hard to accept. We've had decades of people telling us slavery is bad. The same people who tell us that government is good. People like Harry Reid and Eric Holder. Is that who you're going to believe?

How about you believe in the Founding Fathers who put slavery into the Constitution. Or if that's not an important enough document for you, then how about the best document of them all? I'm talking about Leviticus.

Go out to the deserts of Hebron and cast a net upon the slower peoples. And put them into a box until they get greasy with sweat and pronounce upon them they are slaves. Take them out and sell them for octopus coins so they can go live and work underwater in Biblical Atlantis. Or just eat them, because it's okay to eat slaves.

Not good enough for you? Even Jesus Christ was okay with slavery.

And Jesus said to his Apostles that he loved work. He looked at his apostles and waited a beat and then smirked. I can watch slaves doing work all day long declared Jesus. The apostles laughed, because they had to if they did not want to be shot with his lightning.

If you're interested in thinking critically for a second, have a look at this data chart that compares the helpful, hard-working slavery of the 19th century with the false, lazy slavery of the 21st century.

I could go on and on, but I think you get the point. The next time you see the media trying to railroad a man based on a few things he said, you need to take a step back and look at the meaning. Take it to Facebook. Slavery is good. We must secure the existence of our people and a future for our grazing cattle.