I Think I Am A Evil Ghost Now or Some Shit

Holla At: TBONE @ D Block on 2
Askin: Nigga if you alive I am pretty sure I want to scare the fuck out of you and then kill your ass
Niggas word: EVIL AS FUCK (666 in last 3 months)

Got damn niggas I think I am a fuckin ghost. That is some sad shit right there. I remember I was on my way to talk to that nigga Short Eye Ted. Last I hear he was gonna try to make a telephone to try to call the outside or some shit. It was all dark and there was weird sounds and shit in the block. I took one of my dook candles out and lit it up and there was this hissin sound and I look over and theres this motherfucker like ten feet tall with two mouths and six eyes.

Scared the livin shit out of me. Then I think a minute later my skin was sort of off and my lungs were out, but I was still alive. Then I was bein dragged to this big room covered with skin and there was other people with no skin and then now here I am and yo I dont wanna believe this shit nigga but I am pretty sure I am an evil ass ghost right now. 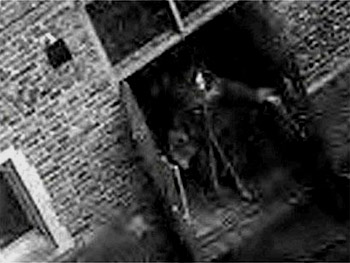 evidence supportin my theory is

NUMBER 1 - I can see heartbeats on a live nigga through they chest and I want to go bite on their heart so bad it is like when you got some toilet paper stuck up on your butthole and it is itchin like crazy only this aint no dingleberry on a motherfucker this is some heartbiter shit and I done thrust a snout up in a nigga chest and chew out they heart. Which is not, yall got to admit, somethin most non evil ass ghost niggas do on a regular basis. Negro Manson done that shit and I think maybe Lil Terry ate part of a niggas heart one time as an assessory to cannibalization of a wife but he aint never bite through a ribcage.

NUMBER 2 - I can walk on a ceilin. Aint never done that shit before.

NUMBER 4 - Go through walls. Like fuckin vision or some shit, that honky robot fuck scarlet witch. I got to concentrate but then I can just up and go through a door a nigga try to lock in my face to keep me out. Or I can just reach my talons through and snatch a nigga and drag him up against the wall cuz he cant go through no wall and then I climb up on the ceilin and keep him pinned up there while I go in through his back and eat on that heart.

NUMBER 5 - pretty sure I can go into dreams on a nigga. I aint tried it much but I saw that nigga Weather Stripper dreamin about eatin butter pats out of some bitches bootyhole and I went in there and turned into that bitch like some freddy kruger shit and then he was like AAAAHHHH cuz he realized he was tossin a evil salad and he woke up and they was scratches on his chest I gave him in the dream with my evil bitch talons. And then he was screamin and I came down off the ceilin and ate that niggas heart.

NUMBER 6 - short eye ted is made out of worms and shoots maggots that chew off a niggas face at people but when I come around he is just like "yo" and I am like "sup you pervert motherfucker?" and we cool. Which if I werent no evil ass ghost I doubt would be the case.

thats the situation here in lambspoke. I can still hear some heartbeasts hidin up in a block but I cant get in there cuz this giant wall of plastic flesh nigga called memnothugga or some bullshit is blockin every entrance. And that nigga is one of them niggas even fuck up an evil ghost nigga like me.

He dont give a FUCK. I saw Princess Jeremiah Lips who is now a lion with the head of an evil fuckin baby and some bug wings, he try to go in through a grate or a vent or something and that memnothugga nigga saw that and just shoot out a bunch of shit and dissolve his ass. Steamin bones and goop and shit that nigga eats. Nasty motherfucker.

At least I still got my art to keep a nigga sane. I been workin on a picture of my moms and two sisters. Hope they aint evil ass ghosts now. The picture keeps comin out weird though. Not sure what is up with that. 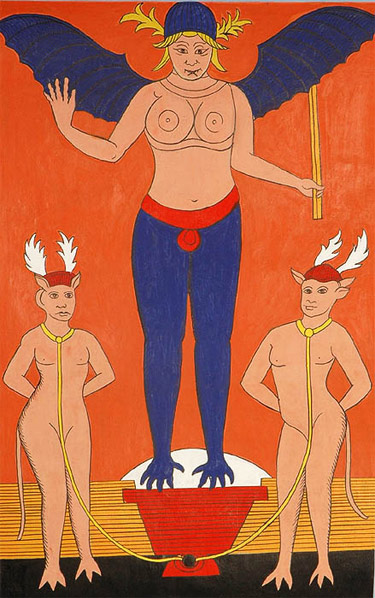 Maybe I shouldn't be paintin on skin with paints I found up in peoples glands. Whatever I got to make do in these pairless times.

I will just hang out with short eye ted durin the interrims. There still some live niggas to find around d block, but aint many. I think that nigga cesar up in here somewhere. Maybe Ill eat his heart or turn him into an evil ass ghost.

Yo CESAR IF YOU READIN THIS TBONE WILL TURN YOU INTO ANY KIND OF EVIL ASS GHOST YOU WANT! Maybe a knife face or yo, you always liked titties, what if yall was covered in titties and like hot acid shoot out of them or somethin. Whatever.

Naw seriously I will fuck you up in your dreams nigga.