Holla At: spooky clavo shit 4 real 4 u @ D Block on 13
Askin: nigga this shit is like a clavo pettin zoo or some shit but some food bars or spitwine if you take one
Niggas word: IS BOND (315 in last 3 months)

Spooky clavo shit 4 real 4 u is dealing with a situation we call an overabundance of selections. Now you being an officiando of all things clavo, you might think that there cannot be too much clavo shit to be had, but nigga you have not seen one tenth the clavo shit we have. There is clavo shit coming from every clavo person we ever known. We are getting hot clavo shit, shit so clavo it will make walls bleed and bones explode and shit, we are getting that shit from people who ain't even clavo a little bit.

I'm talking niggas who got the beef for embezzling shit on a nigga or beating they kids or some shit. Not some crypto shit like a KGB nigga strangling bitches with fishing lines and shit. That kind of nigga always got clavo shit.

So this latest shit is so clavo it is clavo to a clavo nigga. I don't know how to put that any clearer so just try to recognize. Shiiiiittt. Yall know niggas in H-Block aint been heard from for ages. Power all out in F-Block. People banging on pipes and frost appearing on doorknobs. Every nigga havin crazy dreams. 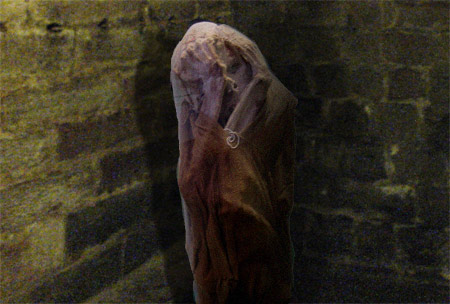 Not just one of these mummy-ass niggas, but like 15. Turn out this shit is guards. You can tell because they got the Visamex credit tattoo on they arm ain't voided and some of them still got they uniforms on. Not the full ninja turtles getup, but they corrections shit. Like they was all sittin around the break room having coffee and somebody put them in these creepy clavo ass bags and freeze dried them. Oh, and they ain't got nothin in they bones. No marrow. I checked that shit. No organs, no blood.

The uniforms say S-Block, which ain't heard shit from for like 3 days. I tried to tell the guards here about this shit but they won't even respond when you throw a fuckin book or a magazine at the cameras. I dont know what the fuck is goin on but they loss is your gain.

Yall can just come see this shit if you want. Aint much point to hidin it. Maybe the weid silky clear ass bag thing they in will be useful if yall want to buy one. Dudes only weigh like 10 pounds. You could hang them from the ceiling or some shit.