THE BEAT SHEET - The ONLY Newsletter FOR COPS BY COPS 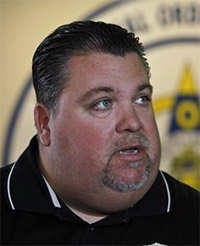 Turn those "BODY CAMS" off, people. I can't stress that enough.Salutations FELLOW OFFICERS and welcome once again to another installment of THE BEAT SHEET--now written at a third-grade reading level due to increased literacy standards which will hopefully be overturned soon. We are soon heading into the fall season, meaning every pile of leaves could be hiding some sicko with an AIDS-blood-coated knife. So remember to STAY SAFE, STAY ALERT, and most importantly, FIRE YOUR GUN INDISCRIMINATELY and OFTEN.

At the last town hall meeting, many citizens voiced SERIOUS CONCERNS about ICE agents in our community. To date, they have terrorized our citizens, broken apart families, and made anyone with a skin color darker than "BEIGE" fear to walk our city's streets. Frankly that kind of business is OUR JOB and we need to start stepping up our game. A tip of the POLICE HAT goes out to officer JAMES DOOLEY, who arrested ILLEGAL IMMIGRANT Dr. "Suresh Prabhu" while performing open-heart surgery on the governor. Looks like he will think twice before using a BLUE PEN instead of a BLACK PEN on his work visa renewal next time! And remember to sign the "BEREAVEMENT" card for the late governor's wife before FRIDAY.

Last spring, officer FRANK STEVENS accidentally backed over a suspect's head with his squad car during questioning, and spent the resulting NINE WEEKS of paid administrative leave in the state of "Hawaii." We caught up with Frank to ask him what it was like during his tropical vacation thousands of miles away from any WRONGFUL DEATH TRIAL. "They put a bunch of queer flowers around your neck when you get off the plane," says Frank. "I put those right in the toilet." And what about the cuisine (food) in this ISLAND PARADISE? "Luckily they still got McDonald's out there. No Arby's though. And the good thing is you never need to take out the trash because you can throw everything in the ocean." Sounds good, Frank! Now that you're back, maybe you can sign up for a SAFE DRIVING CLASS!

THE "THINGS THAT WERE LAWS THAT ARE NOT LAWS ANYMORE" DEPT.

Regrettably our community has passed a MEDICAL MARIJUANA ordinance, which means cancer patients may now smoke the "Gateway Drug" to relieve their pain instead of using harmless and natural OPIOIDS. While this means we can no longer arrest citizens legally permitted to use MARIJUANA, we are still permitted to rough up anyone who SMELLS OF SKUNK. While one could easily ask for physical proof or MARIJUANA LEGALITY, it is much easier and faster to quickly "throttle" suspected junkies, who may be hiding in plain sight within hospitals. Note that BALDNESS and WHEELCHAIRS may be a ruse to fool the police. Treat these telltale signs of MEDICAL MARIJUANA FRAUD with extreme measures. 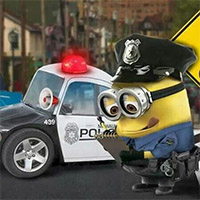 Once again we must tell our fellow boys in blue to be wary of SOCIAL MEDIA POSTS. Officer STEVE STAPLETON was found to be posting several HILARIOUS CHIMP IMAGES to Black Lives Matter Face Book "groups." While we certainly had fun printing these out and pinning them up around the office, the general public does not understand "COP HUMOR" and instead chooses to become offended. Please keep in mind you represent our entire police force with your ONLINE BRAND, so remember to add a "minion" character to any potentially offense statement before posting. And please look forward to Officer STEVE STAPLETON'S account of touring the apple farms of the midwest during his PAID ADMINISTRATIVE LEAVE.

Officer TAB DAVIS misplaced his standard-issue pistol, 17 smoke grenades, a hunting knife, and a PRIZED "SWASTIKA" NECKLACE while responding to an "urban rowdiness" call at the Chuck "E." Cheese restaurant. A search of the ball pit resulted in nothing but CHILD EXCREMENT. Please be sure to act extremely JUMPY and IRRATIONAL around all children until said items are recovered.