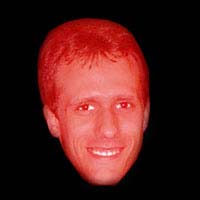 Boy is our face red. And poorly photoshopped.

We here at Something Awful are dedicated to a singular principle: providing flawless, unbiased journalism. We do our best to make sure that all the information we give you on a daily basis is one hundred percent factual. Most days we also try to ensure that our basis for what is considered "factual" is based in some sort of objective reality, and not just the half-crazed, half-mad delusions that pop into our heads during our company-mandated peyote "meetings." However, in the process of putting together a new, intelligible, informative article for each and every day, it's only natural that a few bits of misinformation would slip through the editorial cracks. In order to maintain our spotless reputation as a respectable source of news and the current forward thinking on many of the world's most pressing issues, it is our duty to occasionally take a look back at some of our past articles and rectify any mistakes. Whether we somehow were confused or misled about the veracity of our facts when we first posted them, or whether the facts have since changed, making our statement no longer correct, it is imperative that we identify these errors and present you, the reader, with the real information. So, without any further ado, here are the corrections, retractions, and omissions from the past year.

11-05-2002: Rich "Lowtax" Kyanka asserted that he has five delegates from the United Nations inside his head - an American, a German, a Frenchman, a Russian, and a North Korean. Recent tests have shown that these men living inside Mr. Kyanka's head are not actually U.N. delegates, but rather just five character actors with nothing better to do. However, the man portraying the German did once run for State Senate in Nebraska.

11-30-2002: The article title "The Mysteries of Thanksgiving Revealed" was actually a typo. The title was supposed to read, "Caution: Terrible Article Ahead." We apologize for any confusion and any feelings of frustration, betrayal, or rage experienced by those who read the article anticipating some sort of humor.

12-16-2002: In explaining the connection between Christmas and zombies, we stated that, "Caroling is roughly as entertaining and heart warming as listening to the wailing of zombies attempting to batter their way inside your boarded-up house." It's not. Zombies are at least capable of sustaining some sort of rhythm as they pound away at your house boards, unlike most carolers.

01-12-2003: At the beginning of the article, we asserted that it was about frivolous lawsuits, and not just an excuse to make fat jokes. Careful review of the article has shown that the lawsuit stuff did, in fact, take a backseat to the fat jokes. We admit that we were way off base in making such a claim. However, we will not apologize for any of the jokes. If you don't like it, you should write your congressman. Or better yet, write to your local Arby's and see if you can convince them to start delivering so you don't have to waste precious blubber-building time driving over there. How's that sound, you lumpy flesh zeppelin?

02-12-2003: In reference to the likely success of a chain of Al-Qaida-run pizzerias, we asserted that, "The thick crust of the intifada will overpower the thin crust of the western Zionist pigs, and the cheese of victory will cover the bloodied like dirt." It's actually the cheese of "triumph." Sorry.

03-22-2003: While describing some of the virtues of Detroit's police department, Reid "Frolixo" Paskiewicz wrote that "The Robocop is an unstoppable force with his bulletproof armor, robotic gun sighting, and super strength." This is not at all true. Robocop may be far stronger and resistant to harm than a normal human, but he is far from unstoppable, as the denizens of Detroit will remember from the time when he fought Superman over the rights to the title "man of steel." We would like to apologize to Superman for failing to take his victory into account and hope that he will not hold Mr. Paskiewicz's mistake against us all the next time a giant meteor is hurtling toward Earth.

Everyone makes mistakes. Some people make several whopping mistakes in a row, but that doesn't mean we don't love them.

05-20-2003: Rich "Lowtax" Kyanka suggests the following as a surefire way to beat a speeding ticket: "Claim the officer's radar gun is actually a thermometer which he doesn't know how to properly operate [...] If you get busted going over 100 mph, then say that you have a fever or AIDS or SARS and that you're rushing to check yourself into the hospital." As we are all aware, SARS is no longer a real threat to humanity. Policemen will no longer accept SARS as a legitimate excuse. DO NOT CLAIM TO HAVE SARS! Doing so will cause every officer of the law within a three mile radius to flock to you and beat you into a coma. And while you're in a coma, you will, ironically enough, be infected with SARS.

06-17-2003: A glance at the Something Awful news archives for June, 2003 will reveal that there are two articles posted for Tuesday the 17th. The first is by Rich "Lowtax" Kyanka, and was actually published on that Tuesday. The date on the second article, written by Josh "Livestock Boruff," is a typo. That article was actually written on Friday, April 3rd 1979.

07-28-2003: While reviewing that day's awful link, the Furry Music Foundation, we omitted a mention of the fact that furries are revolting, insane sexual deviants who are unfit for existence in even the most open-minded societies. We feel that it was implied by the rest of the review, but it's best to be absolutely clear about these things.

08-25-2003: Zack "Geist Editor" Parsons defines half-track vehicles as "light-armored vehicles that had two heavy front wheels and a light tank-style track system on the rear portion of the vehicle." Further research has shown that nobody cares.

09-07-2003: As part of my own guide to pledging a Greek campus organization, I recommended that one should purchase and wear robes to impress the society members. I now retract this advice. Skip the robes, invest in bondage gear.

10-17-2003: In his hard-hitting expose on Wink Martindale, Zack "Geist Editor" Parsons wrote, "Wink Martindale buries cowboys up to their neck in the hard pan dirt of the desert and drives off laughing. He doesn't even care enough to watch them die." This is not true. He does care, he just has too much on his schedule to stand around watching cowboys die all day.

11-09-2003: It turns out that the first concept upon which all other literature in human history has been based is not, in fact, "I want to get me some," as we originally thought. Recent evidence has proven that the first thought ever recorded in writing was actually "Does anybody have any gum?" Kindly disregard the rest of that article.

I hope that cleared up any confusion that you may have had. On behalf of the entire Something Awful team, I apologize for the accidental release of misinformation such as the examples above. We will continue to try our best to provide you with nothing but the cold, hard truth, but sadly we are only human. No doubt I'll see you again in a year for another round of corrections, retractions, and omissions. Speaking of which, here's one hot off the presses:

11-16-2003: Ben "Greasnin" Platt wrote, " On behalf of the entire Something Awful team, I apologize for the accidental release of misinformation such as the examples above." He did not, in fact, have the authority to speak for the entire team, none of whom actually felt an apology was necessary. He has been soundly beaten.

It's Time For Another Instalment of Something Awful's 16th Most Popular Feature!

I had a dream last night where John Stamos was trying to convince me to use 10-10-321 for all my international and long distance calling. He was relentless in his pitch and I listened intently to his great deals and rediculous savings. But then I realized that I never call anyone because I'm an old hermit that loathes the sensation of sunlight on his skin. You know what this dream means? It means there's a new Weekend Web to read!