The Creation of a Video Game Mascot 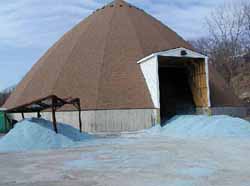 You're probably all wondering why I called this emergency meeting. You may also be wondering why our new dental plan involves the company dentist drugging you, and then removing your teeth to sell as raw materials for the underground piano industry. Alright, alright, let's all settle. Come on people, let's put those goddamn hands down; there will be plenty of time for questions after I leave the room. Just be happy the office cafeteria now carries three different thicknesses of high-calorie mush for your lunch breaks. Anyway, why we're here today has a lot to do with what I just mentioned. Has anyone noticed any... changes to the office lately?

Is this about the stairs thing?

Why yes, Scott, this is about "the stairs thing." Marjorie's funeral was last Tuesday, for Christ's sake! Do you people think I actually wanted to sell fifty-six of our stairs to pay your worthless salaries? Do you think I like climbing a series of rope ladders every morning? Look at my hands! I've got rope burn so bad that I can barely slap around my little twerp of a step-son! This is what I'm talking about; we've had to cut corners because you little shitbaskets can't design a good game to save your money-hemorrhaging assholes! Shut up, everyone. Just shut the hell up. Who can tell me the name of the last money-losing piece of garbage that we miscarried out of the diseased womb of FunTronic Fundustries?

Don't say it like it's a question Scott. You know very well you were the brains behind that fag factory. What the hell were you thinking!? You know who wants to play as a goddamn flower? Homos! But they're not buying our game! They're too busy trying to convert me to their den of butts and making passes at my step-son, who no doubt enjoys it. We sold nine copies of the game, all to Christian Youth Groups. You know who works in Christian Youth Groups? Pedophiles! Congratulations, everyone! FunTronic Fundustries has created the number one selling game amongst homos and pedophiles! Here's a fucking gangbusters idea: maybe we can get Michael Jackson to make an appearance in our next game. I bet we can sell twelve copies with that sick shitdrip on board!

Sir, I don't think that Michael Jackson was found guil-

Hey, everyone, are my eyes going? Is that Kojak sitting across the table from me? Or is that just Scott letting us know the intricacies of the legal system and why he thinks cancer patients should be molested by famous musicians? Hey Scott, what say we let the three surviving Beatles loose on St. Jude's Children's hospital? Those kids won't have to worry about their white blood cell count when that insufferable Ringo is doing unspeakable things to them with his drumsticks! "No, Mr. Conductor!" Maybe my step-son can give him a few hints! Oh, shut the hell up, everyone; like that image never crossed your minds. This is the problem I'm talking about: there's not an once of creativity in this abandoned salt silo which I worked on for hours, literally hours, to convert into an office building. 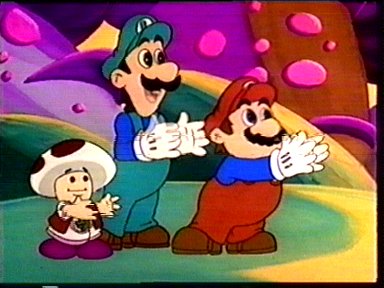 A collection of mongoloids if I've ever seen one!By this point, we should all be familiar with the incident involving the suggestion box that was next to my office for a total of three hours this Monday. People, this was meant to get the creative juices flowing with the idea that I wouldn't be able to chew you out individually for your asinine concepts. Well, thanks to the power of anonymity, you shits decided to turn this great idea into a jackassery festival. Here, let me read the first entry in the race to create another failed mascot character: "Rape-Ear the Tapir." Maybe my stepson would be into this sick head-humping septic tank of an idea, but this crap doesn't fly in the world of video games, unless "Nintendo" is Japanese for "sodomy!"